Crypto Market News: Bulls Are Getting Rounded Up

Bone ShibaSwap Soars Over 200% After Listing On BlueBit

Another year has passed and so much has happened in the crypto industry that it’s hard to imagine it all happening in 12 months. 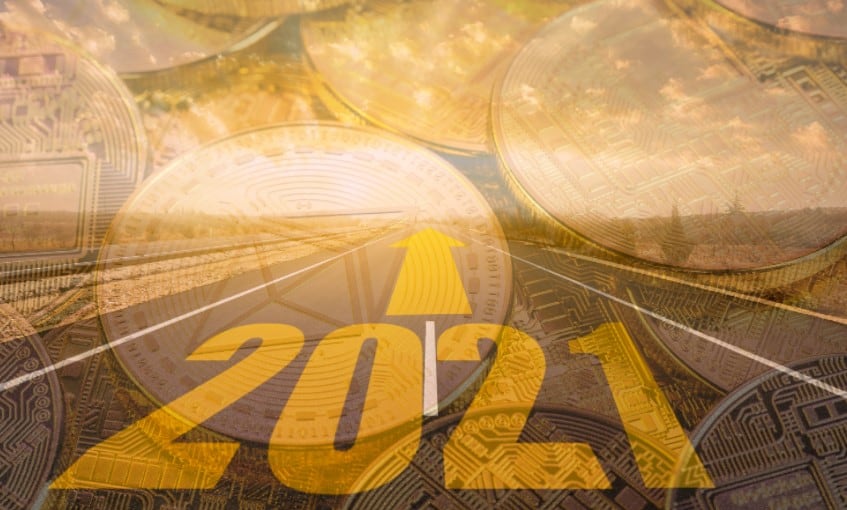 In this article, we take a look at some of the most influential altcoins in 2021. The list not only sums up price trends, but also the overall impact on the market, as well as the potential impact on future capacity.

It also begs the question of whether the market would have been like this without Bitcoin’s stellar performance, both in terms of price and acceptance? Although the crypto king hasn’t won as much as some altcoins, he’s still a driving factor in the crypto space and a stepping stone for the majority of institutions to get into the market.

However, Bitcoin’s market dominance has decreased in 2021. According to data from CoinMarketCap, it has dropped almost 50% from around 70% to 38% over a 12 month period, which clearly shows that the demand for altcoins is great all year round.

So let’s take a look at the 8 most influential altcoins in 2021.

It seems like much of what happened in 2021 was due to Ethereum, the largest smart contract blockchain. While the network is heavily overloaded due to the “huge” demand for dApps (decentralized applications), Ethereum continues to drive a faster upward trend. Against the US dollar, the network’s native ETH token has grown by 406% in 12 months and even outperformed its big brother Bitcoin with only + 58%, as reported by Bitcoin Magazine. The year 2021 is important to the network for several reasons. The protocol implemented the London hard fork back in August. The upgrade integrates, among other things, the Ethereum Improvement Proposal (EIP) 1559, the “blood change” of the token economy at ETH.

The move is intended to lower transaction fees, which have long been a problem for the network. Instead of having to send gas charges to miners so that transactions can be included in the block, users are now sending gas charges to the network itself. This charge is known as the base charge, and at the same time, users can also pay any “tip” to miners. The basic fee is burned and set algorithmically, so it can vary between the blocks depending on the network congestion. At the time of writing, about 5 months after EIP 1559 was launched, more than 56,900 ETH have been burned, currently valued at around $ 215 million.

In essence, this has changed ETH’s token economy by lowering the rate of inflation as there is now a deflationary mechanism in place. In fact, there are times when the burn rate is higher than the 24 hour release rate.

In addition to other factors such as generally bullish market conditions, DeFi boom, NFT fever, etc., innovation is just one of several reasons for ETH’s strong performance against BTC.

While many saw Dogecoin as a joke, 2021 was the time when it was proven otherwise.

At the time of writing, DOGE is the 12th largest cryptocurrency with a market capitalization of over $ 23 billion. It is the token that is at the forefront of one of the hottest trends of the year – the meme coin craze – and has certainly done a lot in attracting many new entrants to the crypto world. Of course, some might argue that many investors are taking the hype train to losses, but there is no denying that DOGE is the asset that every TRAFi and crypto investor will follow for a while.

It has confirmed the meme coin trend in that many online and brick-and-mortar sellers are accepting it for payment.

Thanks to the praise “to the sky” from the richest man in the world, Elon Musk, DOGE has long been featured on television programs. Musk even said that DOGE is better than BTC to be used as currency, while also promising that electric car maker Tesla will accept it on some of its products. Most recently, the Dogecoin Foundation teamed up with Ethereum founder Vitalik Buterin to build community staking.

All of this has made DOGE one of the top performing altcoins of 2021 and at the same time left a lasting impression in the industry. There is no point looking at an altcoin list in 2021 that does not include SHIB. The article will not look at SHIB’s evolution over the course of the year, but will focus on the sudden surge in price.

There are many other cryptocurrencies in the top 100 that have made huge and amazing returns, but none can compete with SHIB. Regardless of what people think of this meme coin, it deserves to be one of the most influential coins of the year with such incredible returns.

SHIB is the most popular cryptocurrency on CoinMarketCap in 2021 and is also at the forefront of one of the hottest trends of the year. Solana was exceptionally strong in both price performance and overall growth in 2021.

Despite its own problems, this blockchain is establishing itself as the leading Layer 1 protocol with a committed and enthusiastic user community. The platform also welcomes a deluge of developers migrating from Ethereum in search of a scalable solution as users flock to the network for faster transactions and lower fees.

Data from DeFi Lama shows that the total value of Solana is now around $ 11.5 billion, up several years from last year. By comparison, it hit less than $ 150 million as of March this year. BNB played a key role in creating excitement for the Binance Smart Chain (BSC) earlier this year. With users looking for Ethereum alternatives and desperately in need of a more affordable, faster, and more scalable DeFi platform, BSC is an absolute must.

In February of this year, the number of addresses on the network tripled in less than a week. The pace of development continues to accelerate and everyone suddenly goes crazy with the next big event on BSC: BNB price jumps.

BNB spent much of 2021 rising in price and becoming the third largest cryptocurrency by total market capitalization, and has posted an impressive return of around 1,268 percent since the start of the year. Avalanche is another Layer 1 protocol that will really hit the mark in 2021. The rising price of AVAX seems to be directly correlated with the evolution of the ecosystem.

Recently, Circle announced its stablecoin USDC (one of the largest stablecoins by market cap) that is working on Avalanche to bolster this DeFi ecosystem. It seems the story is very similar to what has made Solana and Binance Smart Chain famous since then.

The Layer 1 metagame seems to be pretty common right now, and many of the same protocols work very well too.

The logs in the Avalanche ecosystem are reaching “huge” locked-down value and the platform forges important partnerships year round. Aave and OpenOcean, for example, were used on this. Axie Infinity’s AXS token is one of the strong altcoins in 2021. While not as profitable as SHIB, it is certainly one of the competitors worth considering. The 30th largest cryptocurrency by market cap is up nearly 18,000% in 2021, but that’s still not all of it.

AXS established itself as the first play-to-earn (P2E) game, paving the way for a trend that would later become one of the hottest areas in the industry.

In the game Axie Infinity, users buy cute Axies characters, breed, train, hone their skills and finally enter the world of adventure or fight against other players. After taking these steps and fighting in the game’s various missions, they will earn cryptocurrency and further promote the P2E model. In 2021, due to the Covid pandemic, Axie Infinity will even become the livelihood of some Southeast Asian countries such as the Philippines and Malaysia. LUNA is the cryptocurrency of the Terra ecosystem and has been very popular lately.

At the time of writing, the total value locked in Terra is nearly $ 19 billion. It was only about $ 3 million as of December 2020. Interestingly, it is the second largest network after Ethereum by this metric and even surpasses BSC, Avalanche and Solana. What Is Bitcichain (BITCI) – Everything You Should Know

XRP Soars 7.4% After The Judge Gives The Decision To Decide The Winner Of Ripple