Cosmoverse Conference opened in Lisbon in 2021

This is a 100% community-to-community event and we are proud to have the Cosmos Hub Community Pool as our main sponsor!

Follow the live stream now and prepare to discover the wonders of the universe
https://t.co/OzyD3bSdqB pic.twitter.com/QFXHu5l3B6

To kick off the two-day event, Zaki Manian, co-founder of Decentralized Finance, or DeFi, the Sommel Project and former lead developer at Cosmoverse and Tendermint (the main contributor to the Cosmos network), discussed some of the technologies in the growing Cosmos ecosystem.

According to Manian, a development called ABCI ++ will allow consensus events on other blockchains to be added to the block production process, thereby improving the efficiency of cross-chain bridges and sets of rules on the network. Next, developers can use the dIBC feature to introduce governance proposals on different blockchains instead of just transferring IBC tokens. Third, liquidity staking allows users to wager their ATOM while receiving a derivative that can be used in DeFi applications. Ultimately, interchain accounts are intended to help set up multimodal applications in which decentralized autonomous organizations or DAOs on one chain can directly control accounts or wallets on another.

Sunny Aggarwal, co-founder of Osmosis, a decentralized exchange or DEX, on the Cosmos ecosystem, explained the concept of liquidity during the seminar. Aggarwal stated that coin holders will soon be able to get better returns by accessing multiple DeFi pools at the same time with the same underlying token. He gives the example of users pawning their Osmosis Tokens (OSMO) to provide trading liquidity to an exchange, receive OSMO liquidity provider tokens, and then send the tokens back, similar OSMO LP announcements to a staking pool. In this way, coin holders can make profits in the LP pool and in the staking pool at the same time. 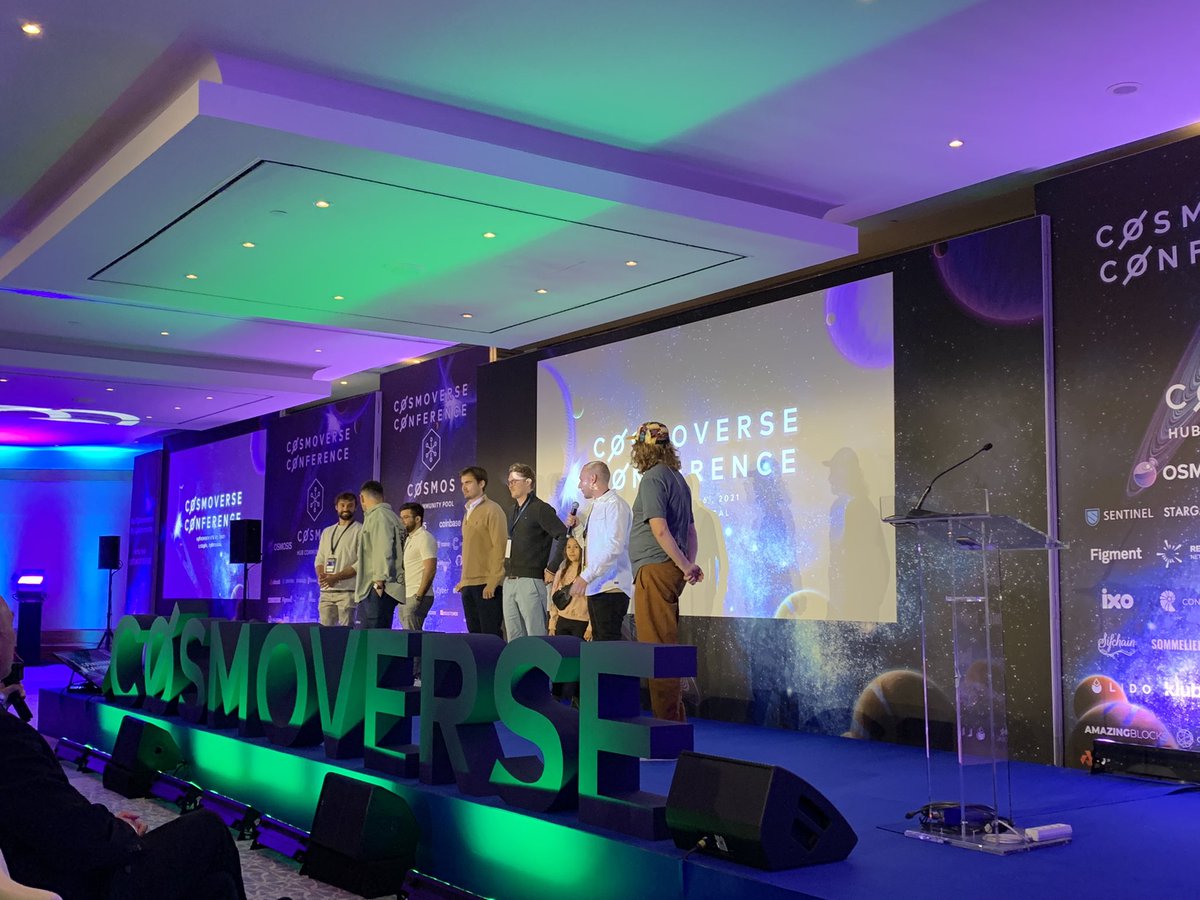 In another niche, Enrico Talin, co-founder of Commercio.network, claims to have created the world’s first legally binding blockchain. Its infrastructure stores encrypted versions of a user’s personal information, such as a new bank account. The verifier can then confirm by decentralized consensus that the signature is genuine and that the documents come from a legitimate issuer.

However, no personal data is exchanged on the blockchain, only their evidence. Talin then discussed the possibility of creating legally binding non-fungible tokens, or NFTs, contracts that claim real assets. Later this year, privacy broadcast features, IBC and NFT legal documents will be available on Commercio.network.

The Reason Why Cosmos Increased More Than 40% In 2 Days

What Is Rocket Pool (RPL)? Why It Matters For Ethereum 2.0