Metaverse, the game of money and the game’s new economic model

The gaming industry (Metaverse) , which has always been synonymous with fun, has grown massively recently and there is a lot of talk about money when games hit the market. The industry has seen tremendous growth since the advent of Web 3.0. By the end of 2019, the global gaming market is said to have been worth $ 152 billion. This growth means that Web 3.0 games have continued to evolve and become increasingly accepted since the introduction of Web 3.0. A lot of money is being made and this has drawn a lot of new developers into this field.

Related: Can you use the new decentralized Internet or Web 3.0?

Games in the past have always been a one-way relationship where only the developers or owners of the game received financial returns while the players just had fun and passed on. Now a new economic model has been introduced, but in the past few years players have spent a lot on games. In 2020, customers in the mobile app industry spent a total of $ 143 billion. Game apps brought in a whopping $ 100 billion of that. This means that for every dollar spent on the Google Play Store (for Android devices) and the App Store (for Apple devices), it accounted for 70% of the game apps. Even with the introduction of the new gaming paradigm, it is estimated that more than $ 120 billion will still be spent on mobile games in 2021. That number will increase by 20% from 2020. .

The new gaming model that I mentioned twice is now the monetization gaming model. It is no lie that the hobby of playing games for money was sparked by the global COVID-19 pandemic. The same applies to the virtual worlds or “metavers” on which these games are hosted.

Related: Money games are the catalyst for this upswing in the market

“Metaverse” is a combination of the prefix “meta”, which means beyond and “universe”. So the metaverse is a world outside of the universe. You could say it’s a place in another world. In the Metaverse virtual countries, avatars and even buildings can be bought and sold. This is usually done with cryptocurrencies. In these virtual environments, people can move around freely with their friends, attend events, and buy goods and services – doing essentially the same things as they do in the real world.

The lockdown as a result of the global pandemic has led people to become more concerned with the potential of the online world, and they have discovered that they can still do business and have fun at the same time using the internet – their devices from anywhere in the world. Many of the metavers that exist today are based on blockchain technology, and in order to make transactions in these virtual worlds, users need cryptocurrencies or unusable tokens (NFTs). Many of the monetization games we have today have their own metaverse with native cryptocurrencies that are used for both trading and receiving in-game assets and rewards.

What is a game to make money?

The monetization game model involves the idea of ​​an open economy and financial rewards for every user who creates value by playing and spending time in the gaming ecosystem. In the past, the concept of games was that they were just a way to have fun. That perception is now changing as a new class of games is emerging. Not only are these games fun, they are also attractive investment opportunities. Speaking of investing, major venture capital firms have been investing a lot of money in this industry recently. In the 18 months to 2019, around $ 9.6 billion was invested in the global gaming industry, and 24 blockchain-based gaming companies received investments totaling $ 476 million in the first half of 2021 alone.

Lately, games for money like Axie Infinity and The Sandbox have become popular, and they have one thing in common: their economies. Take, for example, the traditional game The Sims, in which players can buy in-game assets with in-game currency – but currencies and assets have no real value. This is because there is no infrastructure for liquidity in the game. Another traditional game, World of Warcraft, has a marketplace where players can buy in-game items and swap characters, but it’s very disorganized. Blockchain technology combined with a game-for-money model has solved all of these problems.

Related: Stories from 2050: A Look at a World Based On NFT

How do games for money work?

To explain how money games work, I’ll use Axie Infinity as an example. Axie Infinity is a Pokémon-inspired blockchain game developed by Vietnamese developer Sky Mavis. It currently has over a million daily active users, and what attracts that large number are the cute creatures in the game known as the Axies. Users can breed, buy, and train these axes. Axes are also used to carry out quests and take part in battles. The object of the game is to get a token called the Smooth Love Potion (SLP). SLP allows players to breed their Axies which gives them the advantage of making more money.

Another reason players want to earn as much SLP as possible is because SLP is a cryptocurrency that can be bought and sold on cryptocurrency exchanges. The players with the best performance should generate up to 1,500 SLP per day. This is around $ 250 at the time of writing (as volatility causes the exchange rate to keep changing). The Axie creatures themselves can be sold on the open market as NFTs. Players can also sell in-game assets such as real estate and flowers as NFTs, among other things. So in this Axie Infinity play-for-money economy, players are rewarded for their time by earning SLPs that can be sold on cryptocurrency exchanges and by buying Axies and other market assets.

Other games for money 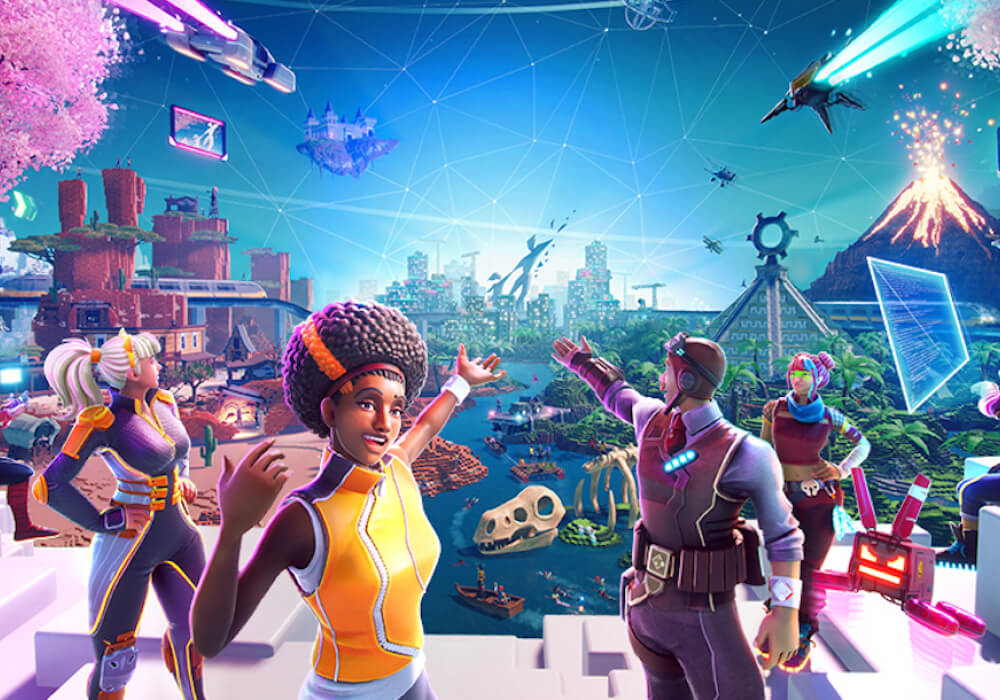 In addition to Axie Infinity, other games and play-for-money platforms are coming or have already been released and I see potential in them.

Bloktopia, powered by Polygon, is a decentralized metaverse that offers the crypto community an unprecedented virtual reality experience. The bridge between the virtual and the physical world in the open source and the decentralized world is Metaverse. Protocols for managing the digital value of real estate and digital art will emerge, and NFTs on the Polygon Network will act as intermediaries for this because of their affordability and fast transactions.

OneTo11 is a fantasy sports mobile application that offers users a new way to leverage their sports knowledge for their mutual benefit and interests. OneTo11 aims to create a future where sports fans, bettors and gamers can do the things they love most on one revolutionary platform. They not only interact socially, but also compete transparently and decentrally with one another. It is a play-to-ear platform that allows users to make money by participating in fantasy sports and other games on their platform.

OneTo11 rewards customer loyalty by giving every player an equal chance and opportunity to prove themselves and prove their skills. Players on the OneTo11 platform can also earn without participating in paid competitions. This game is different from other money games as there are three different ways for users to make money:

Nakamoto game“The aim is to give everyone with a crypto wallet access to a variety of games in order to make money on the platform. With this approach, they can earn a substantial and sustainable income. The company will launch a range of in-house games where players from around the world compete for weekly prize pools and earn lucrative rewards from these games.

Developers will also be able to create and host games for their own monetization on the platform, and they will retain control over the monetization aspect of their games. This is comparable to starting apps in the Google Play Store or in the Apple App Store.

Immortal game is a platform developed by a group of talented game developers who are working on amazing game projects. They have developed trading card games (TCGs) and trading card game engines and are currently developing American Gothic – a unique take on classic TCGs. In this game, people play with four races based on the American Gothic setting with a number of unique game modes such as “Arena”, “League …”