The cryptocurrency exchange Binance has notification that they’ll be listing Gala Games (GALA) this afternoon. The token price rose 100% right after the announcement. What are Gala Games (GALA)?

Gala Games aims to lead the game industry in a direction other than tradition by allowing gamers to take control of their games. Gala Games’ mission is to “make blockchain games you really want to play”.

Gala Games aims to change the reality in today’s traditional games that players can lose all assets in the game with just one click of the publisher’s button. The project plans to reintroduce creative thinking into games by allowing players to control in-game assets using blockchain technology.

Players can own NFTs and influence the management of games in the Gala Games ecosystem. The Founder Nodes voting mechanism enables players to influence which games the project should develop and which games should be funded. So far, Gala Games has a game called. released City star and a collection of NFTs – VOX.

Since its launch in 2019, Gala Games has 1.3 million monthly active users and 26,000 NFTs sold, with the most expensive product being worth $ 3 million. 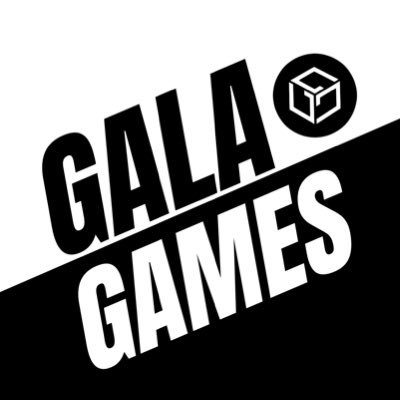 Gala Games was founded by Eric Schiermeyer, the co-founder of the well-known mobile game company Zynga. Under the direction of Schiermeyer, Zynga released hits like Poker, Mafia Wars and Farmville. Schiermeyer launched Gala Games on July 21, 2019 to create a blockchain-based gaming network and give players more responsibility for the games they play. What makes Gala Games so unique?

Gala Games is not a single game, it offers a whole range of different blockchain games. Town Star, their first title was a city simulation game in which players manage a city similar to SimCity’s gameplay, but in Town Star they actually own the city, possibly buy and sell it.

VOX is the NFT collection from Gala Games. Each VOX is unique and some VOXs are rarer than others. 8,888 VOX have been handed out at an average price of 0.0888 ETH, or about $ 300 at the time of writing. Although VOX was inspired by the Town Star, it also has a number of other utilities that aren’t just an NFT avatar. Owners can block GALA and earn VOX with their VOX avatar in the future. VOX owners also receive an FBX file that they can use to animate or even 3D print them in the future.

Other games are also developed by Gala Games, such as Fortified, Mirandus, Echoes of Empire, and Spider Tank Project.

Users can run Gala Nodes to support the Gala network. In return, they will receive rewards such as GALA tokens, limited edition NFT and other earning opportunities. The Gala Node ecosystem uses 3 algorithms including Proof of Work (PoW), Proof of Stake (PoS), and Proof of Storage (Proof of Storage).

PoW is called Founder Nodes, which are 50,000 NFT-based Tier 1 nodes. These are the earliest supporters, they receive NFT from all subsequent games and GALA allocated to their nodes. PoS are chargeable nodes that are operated for certain games via an intelligent contract “rental” structure. Proof of storage as a free node enables games to be fully hosted in the node ecosystem, eliminating the dependency on centralized hosting solutions such as Amazon S3.

The maximum total supply will be 35 billion GALA. There are currently around 7 billion GALA in circulation.

GALA serves as a utility token for purchasing game items and can be earned by operating a node.

How secure is the Gala Games network?

The GALA token runs on Ethereum and Binance Smart Chain (BSC). The network is secured by its own set of nodes, the so-called founder nodes. Gala Games assigns up to 50,000 Founder Nodes to validate in-game transactions and secure the network.

Nodes can also vote on which games will be published on the Gala Games platform. You can run a node by buying an account and running it on your computer. GALA is rewarded to node operators according to a points system. Running a node for at least six hours in a cycle receives 1 point, and referring nodes that run for at least six hours receive 0.1 point. During the distribution, all points are added up and the GALA is divided between these points.