The first Metaverse soccer game, MetaSoccer, kicks off with a $ 2.3 million investment

MetaSoccer is the youngest of Champion Game titles, a popular game studio founded six years ago by Marc Cercós, Àlex Fiestas and Patxi Barrios. MetaSoccer is already known as the “Axie Infinity of Football” and is the world’s first playable soccer game in the Metaverse, in which players experience the real soccer environment by managing clubs, finding new players or generating bets on games in a round (P2E) model.

MetaSoccer comes to the crypto games industry as a fictional and differentiated project that combines blockchain games, decentralized finance, sports betting and of course football.

The game is based on four main pillars:

The goal of MetaSoccer is for both P2E players and soccer fans to enter the new Metaverse, a virtual world where users can interact via a digital avatar. The ultimate goal of the game, as Barrios explains, “is to create a new generation of digital football players and clubs who will achieve the same ratings as the leagues in the years to come.” Ultimately, we want the next Messi to be born in the metaverse and to play on a platform like ours. ”

As a P2E game, MetaSoccer has different types of untraceable token assets (NFTs), namely youth scouts, players and stadiums, all of which are secure and process based according to the ERC-721 standard.

To best mimic real-world sports, the content will evolve, which means that both the Boy Scouts and the players of the NFT age will retire over time and eventually.

The next P2E model, MetaSoccer, was a successful model that brought hundreds of millions of active players to Axie Infinity. The earnings players receive in the form of MetaSoccer Universe (MSU) tokens require one of the following:

MSU owners enjoy special benefits such as participating in the MetaSoccer governance process, the opportunity to test the latest features and gain access to exclusive NFT releases.

The project also benefits from advice from specialist companies such as ATH21 and Polygon and is supported by popular streamers and YouTubers such as Willyrex, Reven and KManuS88. According to KManuS88, MetaSoccer has three main points to become the next big milestone in the blockchain gaming world: it is the first soccer metaverse with unique characteristics, it has a new economic model based on the curve token affiliation that gives stability to the token and as a studio they have over six years of experience developing video games. ” 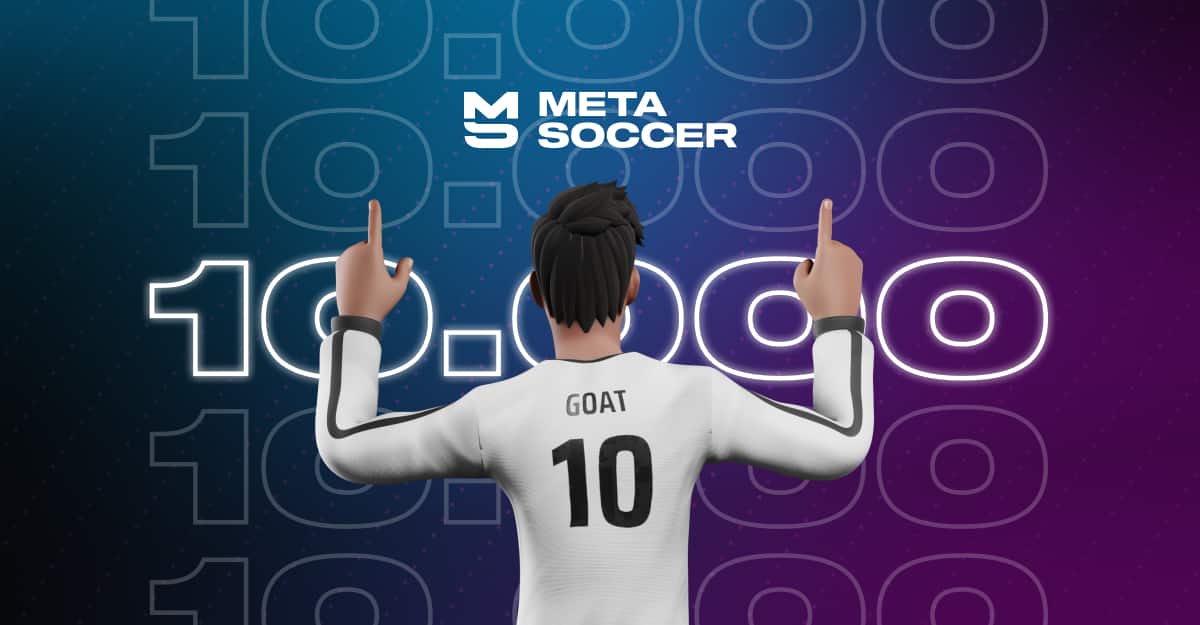 MetaSoccer has released 72 million MSUs in private sales and a total of 18 million in public sales, reflecting the buzz that is being generated for the game.

A seed SHO is currently planned for December 6 on DAO Maker, which will provide 2.78% of MonkeyBall’s total offering, or 10 million of the total of 360 million MSU. Pricing is $ 0.03 per MSU with an implied fully diluted valuation of $ 12.6 million. In addition, there will be a Youth Scout NFT drop on the MetaSoccer marketplace on November 25th.

The gaming industry is changing, with P2E revolutionizing the whole paradigm. Pioneers like MetaSoccer can make a real difference by introducing players to a new and profitable way to play games.

MetaSoccer is the first blockchain-based soccer metaverse where users can start their own club and earn income while playing (play for money) and join full-time as an owner or club manager. MetaSoccer covers several sources of income, such as B. NFT reduction, fees from various transactions in the ecosystem (market sales, betting, token swaps, etc.), sponsorship and broadcasting.

How Metaverse and NFTs shape our world

Pixie: The blockchain social platform is taking the internet like a hurricane

Blockchain Fest Singapore 2023: A Gathering of Thought Leaders in the Blockchain Industry