Crypto crime still on the rise in China despite case and warning authorities. Despite a nationwide crackdown on cryptocurrencies and mining in September this year, reports from China’s provincial law enforcement agencies appear to suggest that cryptocurrency is still ongoing

Crypto crime is still on the rise in China

Counterfeit-related crime is “falling significantly,” Xinmin said at a press conference held by the Songjiang Prosecutor’s Office. The prosecution assumes, however, that criminal cases in which the perpetrators use virtual currency as a criminal instrument will increase, combine with new forms of fraud and cause greater damage to the population.

Prosecutors stated that almost everyone in the United States (except for one of the cases their currency fraud department has handled so far this year) has been around crypto.

This “exchange” claims to give customers the ability to buy Bitcoin (BTC), Ethereum (ETH), and large altcoins – but the exchange is just a facade for an elaborate scam that resulted in Song amassing a fortune. Illegal profits. ”All“ transactions ”made on the platform are fabricated and fraudulent, the agency said. Song and five others were charged with fraud, convicted, and sentenced to up to 10 years in prison.

In another “similar” case, scammers raised over $ 156,000 from victims who thought they were investing in crypto.

Despite a crackdown that Chinese authorities hope will marginalize cryptocurrencies, the media has continued to report cryptocurrency-related fraud cases since September, though this may be part of an attempt to turn cryptocurrencies into a blatant negative To use light (something Beijing). busy since the first formulation of his own digital yuan scheme), it also shows that the preference for cryptocurrencies still lingers in this billion-populated country. 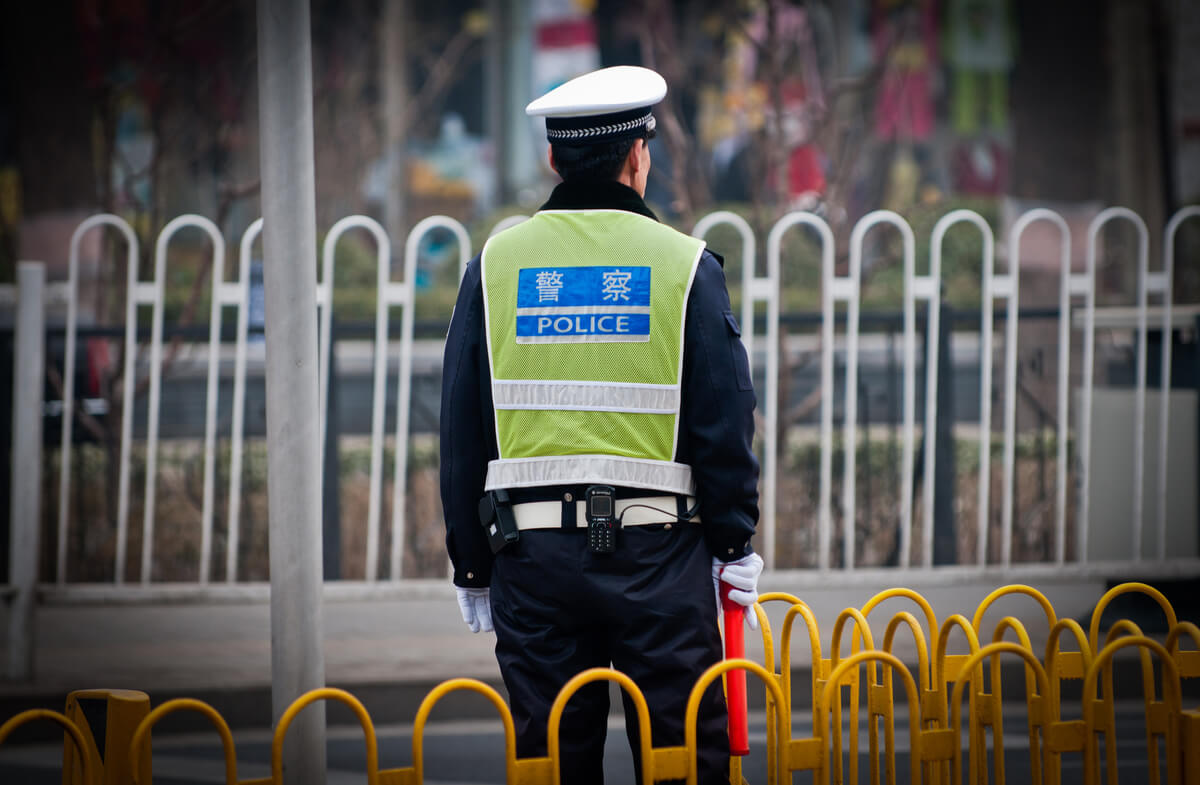 And other parts of the country continue to wage war on cryptocurrencies. The regional headquarters of the Jinggangshan Agricultural Development Bank, Jiangxi Province, launched a public campaign to “raise awareness of cryptocurrencies” – with slogans such as: “Stay away from virtual currencies, protect your privacy.” Safe for your money.

Such slogans are displayed on LED screens in bank branches.

The bank has also set up a crypto advisory help desk – apparently another source of anti-crypto news. According to JX News, the bank will also try to warn customers and city dwellers about the dangers of cryptocurrencies via WeChat and social media channels.

Elsewhere, the CITIC Bank of China, China’s seventh largest lender, warns of the risks of crypto-related investments. According to media company 66WZ, the bank has included the dangers of investing in projects with fake “virtual currencies and blockchain technology” in a list of nine scams to avoid.

Aside from mainland China, crypto fraud appears to be increasing in other parts of Asia.

In Taiwan, CNews reported (via Yahoo) that a woman in her “about 50 years” was attracted to someone posing as an old classmate who she believed was an investment.

The scammer also appears to have carried out a similar scam on a woman in her twenties, convincing the women to buy crypto and invest their money in what they believe to be a listed, exchange, or brokered cryptocurrency – before monetizing their tokens.

Despite the harsh warnings and raids from authorities, crypto traders and investors in China are still on the rise. That could show that the cryptocurrency industry is growing and having a strong pull. Crypto Crime In China Is Declining But Still At The Top: Report