The crypto space is moving so fast that there is a new trend every year: from Initial Coin Offerings (ICOs) to tokens that have only been usable for a few years (NFT). Given this incredible innovation, crypto companies and regulators are facing a growing challenge: aligning security approaches with new products and features.

Some companies’ approach is to act quickly and innovate as soon as they become available, with security processes like Know Your Customer (KYC) and Anti-Money Laundering (AML) becoming a secondary goal. Popular crypto exchange Binance appears to have used this strategy by this year when regulators began to crack down on it.

Binance’s KYC guidelines allowed users who did not fully verify their identity to withdraw up to 2 BTC per day initially. The listed margin trading pairs in major fiat currencies and allowed up to 125x leverage from their futures trading platform, but had to reduce the available leverage and drop the margin trading pair when it was investigated by the Internal Revenue Service and the U.S. Department Justice.

Since then, the exchange has followed a compliance-friendly approach to its business and implemented mandatory KYC processes for “global users, for all functions”. The move cost it about 3% of its total users.

While Binance has been forced to remove some of its services and reduce leverage on its platform, other exchanges are still offering similar products to users. Speaking to Cointelegraph, Yuriy Kovalev, CEO of the cryptocurrency trading platform Zenfuse, noted that finding regulations that allow compliant companies to compete is a challenge:

“It is difficult to strike a balance between investor protection regulations and innovation, especially in an environment where new financial services are launched every few months.”

In an interview with Cointelegraph, the CEO of the crypto exchange Bittrex Stephen Stoneberg pointed out that crypto regulations are currently “quite complex” and are handled differently in different jurisdictions.

Stoneberg implied that customer security should still be a priority, as “more precise and clear regulation – like in the traditional financial sector – is needed to truly protect assets and data.” The customer is safe and confidential “. As an example, Stonberg referred to the Liechtenstein Blockchain Act, which “offers more security and clarity about how an exchange has to reach new customers and protect their assets”.

Regulatory clarity is seen by some in the industry as essential, as without it innovation can fall by the wayside. In a recently published blog post, the Nasdaq-listed crypto exchange Coinbase found that its plan to start a loan program had been rejected by the US Securities and Exchange Commission. [them] why.”

Coinbase said it tried to “interact effectively” with the SEC but never received a clear explanation of the SEC’s reasoning or how it could modify the product to make it compliant. One suggested alternative is to push regulators out of the picture. Commodity Futures Trading Commission (CFTC) commissioner Brian Quintenz supported this alternative and once called for crypto exchanges to self-regulate, reflecting the opinion of many in the industry.

Is self-regulation a viable alternative?

The concept is not new: organizations like the Financial Industry Regulatory Authority (FINRA) have helped implement security investor protection initiatives with brokers and representative firms. In Japan, a self-regulatory agency for the country’s cryptocurrency exchange sector, the Japan Cryptocurrency Exchange Association (JCEA), has been established.

Stoneberg doesn’t think the answer lies in self-regulation, as “the complexity of this digital ecosystem makes regulation difficult”. For him, self-regulation means “unwinding” all the hard work that has been done on the regulatory front for cryptocurrencies and “re-complicating the regulatory environment and creating a blockade that is being carried out”.

The nickname founder of the Flare Finance Network-based Decentralized Finance Platform (DeFi) CryptoFrenchie told Cointelegraph that he believes in “the possibility of decentralized platforms and centralized platforms like each other to provide a self-regulating environment that is effectively responsive to meet (or to surpass). ) the requirements of modern regulatory provisions. ” 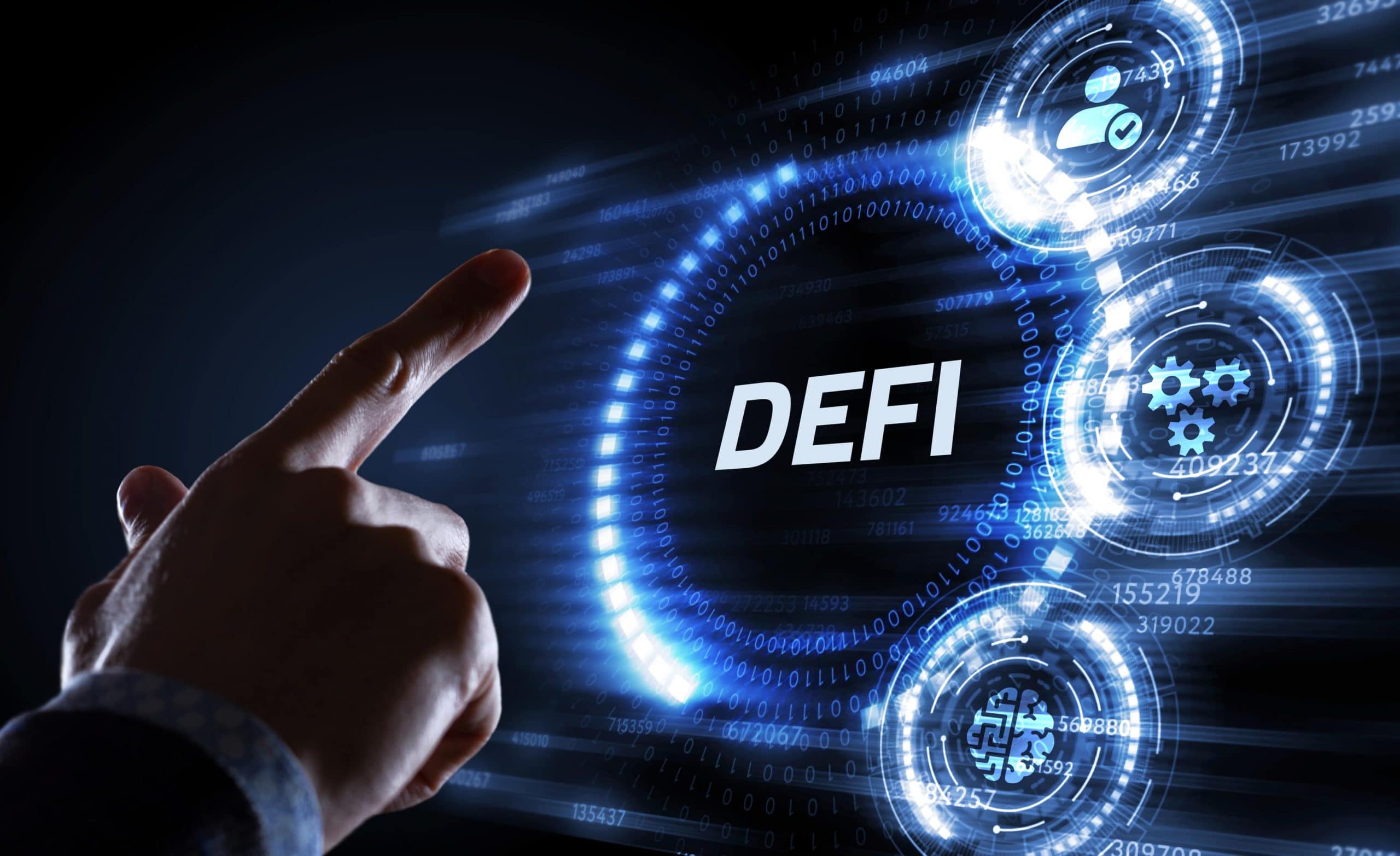 The DeFi project founder added that the current systems “have proven unable to meet the needs of the current financial system,” adding:

“Applying these systems to an even faster environment like cryptocurrency could prove to be more of a potential than a support.”

CEX.IO founder and CEO Oleksandr Lutskevych suggested that self-regulation could be an option, saying that in the company’s experience, self-regulation is the answer “when there is a lack of an existing regulatory framework”. Speaking to Cointelegraph about his company’s path, Lutskevych said:

“Until the framework for cryptocurrencies is formalized in certain countries, we have followed a self-regulatory approach that implements best practices from leading financial institutions.

Both centralized and decentralized cryptocurrency platforms should “look for ways to analyze their own systems and develop modules that are specifically tailored to the needs of existing regulatory systems,” said CryptoFrenchie.

Are decentralized exchanges a threat?

While the self-regulatory debate continues, another has developed about decentralized trading platforms and their impact on the market. Non-custody decentralized exchanges allow users to trade straight from their wallet, often without signing up with an email address.

Some critics have argued that decentralized exchanges (DEXs) render the KYC and AML efforts of centralized platforms worthless as bad actors can conduct their activities through these platforms. Others suggest that DEXs, even those that run through Decentralized Autonomous Organizations (DAOs), could improve their transparency to help blockchain regulators and real organizations.

For the Chief Investment Officer of the digital asset investment firm Arca Jeff Dorman, decentralized applications (DApps) and other projects can contribute to the security of the crypto space. Speaking to Cointelegraph, Dorman said the industry needs to set standards, adding:

“Companies and projects need to understand the importance of having transparent dashboards, and analysts across the industry need to roll up their sleeves and do the dirty work to bring transparency to their businesses.” The project is not a sure-fire success. “

Bittrex’s Stoneberg pointed out that “the best way to hide illegal activity is not through cryptocurrency, but with old-fashioned money.” The CEO added that blockchain-based transactions “are easier to track than any other financial activity”.

Stonberg told Cointelegraph that he believes decentralized exchanges should develop AML and KYC guidelines that they can implement, but added that the industry “is still in the early stages of exchanges.” How will decentralization work?

Lutskevych suggests that tools that could one day track the origin and history of crypto assets could be used in decentralized exchanges to prevent illegal funds from being left on their platform. He noted that “basic information can be traced back to the blockchain”, although that data is “far from what the Financial Action Task Force guidelines require for sharing”. Lutskevych added:

“Decentralized mechanisms that can prevent funds of illegal origin (money laundering, ransomware, hacking) from entering the DEX with the intelligent contract of the protocol are currently being investigated and developed.”

Lutskevych concluded that decentralized platforms can leverage KYC and AML processes to address regulators’ concerns. He noted that implementing KYC on its own may not be enough to prevent illegal activity and keep users safe.

Raj Badai, founder and CEO of DeFi and Bridge to Traditional Banking Services Scallop, told Cointelegraph that the growth of the decentralized financial industry is challenging for regulation, but suggested that a solution could be a “managed blockchain”. Regarding the products under development, Badai said:

“We can guarantee that the wallet on the blockchain goes through the KYC / KYB process. This means that the account holder is identified and all funds in the chain can be traced – which ultimately creates an unfavorable environment for illegal activity and prevents it in the first place. ”

Binance appeared to have recently addressed the issue by releasing so-called “fundamental rights for crypto users”. The exchange argued that everyone has “access to …