From the perception that Bitcoin can hit the $ 250,000 mark, Ethereum will lead the rest of the bull market. Here are some highlights from the crypto market. Mark Yusko from Morgan Creek spoke about reason behind predictions that Bitcoin could hit $ 250,000 during a recent performance at CNBC’s “Power Lunch”.

He told veteran host Melissa Lee that the leading cryptocurrency can reach sky-high prices when its market capitalization is at the level of gold.

Yusko claims that the total market capitalization of gold is around $ 10 trillion. While jewelry and other industrial use cases make up about half of the market, the other half is the monetary value of the metal.

The American hedge fund manager believes that within four years, Bitcoin will “easily” reach the equivalent of gold, which equates to a BTC price hitting the $ 250,000 region. 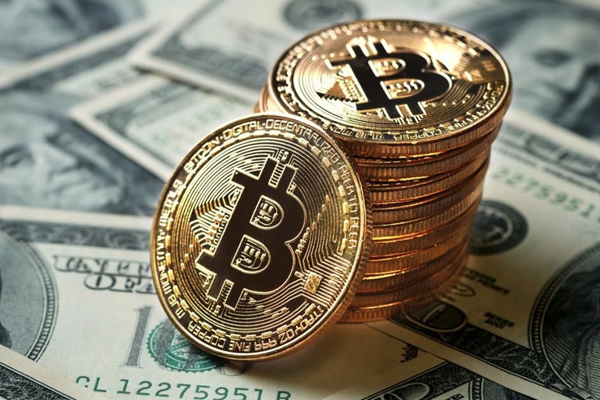 The number of non-zero bitcoin addresses reached the ATH level.

The number of non-zero bitcoin addresses just hit ATH and was approaching the region of 390.4 million. This, along with other indicators, suggests another potentially bullish outlook for Bitcoin in the near future.

The data shows that the number of non-zero Bitcoin addresses has just hit the ATH threshold. This bodes well for the market, as these addresses tend to rise with the price of Bitcoin. The total number of unique Bitcoin addresses is also rising steadily, to over 905 million by mid-November 2021. This trend is pointing upwards despite the current price campaign. However, it is on the verge of reaching the 1 billion unique address threshold, an “extraordinary” milestone for the BTC network.

“The chart that I think is most important right now is the chart from ETH / BTC. It is currently at 0.074 BTC. At 0.08, it broke out of that pennant and the larger underlying pattern that has been around for many years. It looks like its performance will be twice that of Bitcoin. ”

The former Goldman Sachs manager believes the current bull cycle will last longer than most traders expect. According to Pal, Ethereum will lead the rest of the crypto bull market.

Robinhood sent Dogecoin to an external wallet for the first time to test its much-anticipated functionality.

#WalletsAlpha To update! Last week we sent our first alpha transfer from a Robinhood wallet to an external wallet.

Here is a screenshot from our test #DOGE Transfer: pic.twitter.com/Bn4wQlvkwP

Royal online music platform has notification in a Series A financing round led by venture capital giant Andreessen Horowitz.

The group was led by the renowned venture capital company Andreessen Horowitz, a16z for short. Kathryn Huan, general partner at a16z, tweeted about the company’s investment, referring to Royal’s ability to transform the music industry.

1 / Today we are investing in @join_royal, a web3 platform that I believe has the promise of transforming the music industry in ways that were previously not possible. DJ @ 3LAU and @Open door Co-founder @justindross are the perfect couple for it.
https://t.co/aEAsLGWxIl

IOTA announced the launch of Limited Edition Shimmer Jersey and 11,111 Genesis NFT with exclusive benefits and a roadmap to accelerate the development of the entire ecosystem.

The Limited Edition Shimmer Jersey and 11,111 Genesis NFTs come with exclusive benefits and a roadmap to help accelerate the creation of an entire ecosystem

Shimmer Genesis NFT is for early adopters of the ecosystem, NFTs are decentralized in gold, silver and bronze, offered at different prices and in limited quantities.

Each NFT offers a reward insert for both NFT holders and the Shimmer Safe. However, it is important that the staking rewards are only unlocked and distributed after going through the governance voting process of the Shimmer community.

After NIKE, it was Adidas’ turn to announce the idea of ​​a combination with the project The Sandbox (SAND) to implement the metaverse.

On November 23, the crypto community stirred again with the news that the sportswear brand Adidas is becoming the newest name to join the Metaverse field and collaborate with The Sandbox (SAND) project.

Accordingly, the official Youtube Channel of Adidas Original retweeted the post from The Sandbox, in which the Adidas logo was placed on a piece of land in the virtual world of the project.

OlympusDAO has integrated Chainlink VRF into the Ethereum mainnet and given access to a verifiable random number generator that is used to select winners in a lossless lottery on the OlympusDAO protocol.

This helps ensure that the lottery process is fair and transparent, and allows the Ohmies participating in the recurring raffle to have a more fun and enjoyable gaming experience (3.3).

As the correction in the crypto market continues and some whales are leaving their positions by entering stablecoins, SHIB whales have bought 850 billion tokens valued at $ 36 million via OTC or private trade, despite a 50% market correction.

However, the SHIB price is still down 5.10% in the past 24 hours. Previously, Shiba Inu whales lost more than 4% of their total populations and decided to move their money to Tether.

Zilliqa has joined the NFT music platform TokenTraxx under a $ 1.1 million partnership agreement aimed at modernizing the music industry by making the market fair and equitable.

Aiming to go carbon neutral by 2022, the foundation looks forward to exploring the music industry with the help of a powerful blockchain network, while using NFT technology as a bridge between the world, the real world and blockchain technology.

The dubious cryptocurrency emerged in August after actor Billy Boyd, who played Pippin in The Lord of the Rings, promoted it on Twitter. This tweet has now been deleted. This token is issued on Binance Smart Chain and has a supply of up to 19 trillion.

The over-exploitation of the Lord of the Rings brand has led many fans of the franchise to accuse the project of being a brazen money collector.

WIPO has decided that the JRRToken.com domain should be claimed. Additionally, the Florida-based token developer must cease all activity under its current name and remove all Tolkien-related content.

Bit2Me works together with the custody solution Prosegur Crypto.

Bit2Me will use Prosegur Crypto to store some of its funds in the company’s custody solution, which is more secure compared to a traditional storage solution.

Bit2Me is one of the leaders in security in the Spanish market. The company offers the best and highest possible security for both physical and digital assets. By partnering with Prosegur Crypto, Bit2me confirms its position as one of the most progressive and most secure companies on the market.

We are very pleased that a company like @ bit2me, a leading and innovative company in the cryptocurrency sector, relied on our custody solution
https://t.co/pMhSyTmv3r above @thenewscrypto

Acala wins Polkadot Parachain and Iota is about to release Shimmer, Nov. 12-19 November

Crypto News 14/14: Bitcoin could use Ripple, Internet Computer, Cardano, Shiba Inu, Gamestop, NFT, LUNA News to print the top of the next bull cycle above 233,000 USD