The “JRR Token” with the theme of The Lord of the Rings stumbled “out of pocket” after it was forced to close the store following legal action by the family and the fortune of the famous series author. JRR Tolkien died in 1973. 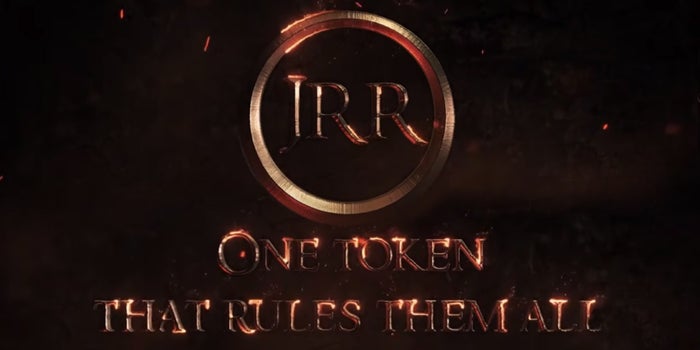 On November 23, Law360 reported that Tolkien Estate had reached an agreement with Florida-based developer Matthew Jensen over its JRR token, which was launched this August. According to BSCScan, the BEP-20 token is held by only 510 addresses with a market supply of 19 trillion.

Under the agreement, Jensen promises to close the token and remove any content that infringes the property’s trademark rights to the JRR Tolkien name and intellectual property related to “Lord of the Rings” and “Hobbits”. He also agreed to pay the estate’s legal fees, which were not disclosed.

The estate’s attorney, Steve Maier, described the case as a “particularly egregious violation” and added that the estate was “pleased that it was closed on satisfactory terms.”

It does so after the property successfully restored the ‘jrrtoken.com’ web domain after filing a complaint with the World Intellectual Property Organization (WIPO) on Aug. 10 – just four days later when Billy Boyd, the actor playing Pippin validating the token. in a 40-second YouTube guest room on August 4th.

After the judgment, Jensen changed the domain name to “thetokenofpower.com”. However, according to Tolkien’s Estate, the new website still features images of rings, hobbit holes, and a wizard with similarities to Gandalf.

Jensen’s lawyers argued that the controversial domain name “JRR Token” was not “different or confusingly similar” to the trademarked domain name “JRR Tolkien” of the Tolkien estate because it did not contain the additional letters “L” and “I”, and is also pronounced differently.

They also claim he chose the domain name because “JRR” stands for “Journey through Hazard to Reward” and “jrrcrypto.com” was not available.

However, they failed to convince WIPO board member John Swinson, who said that “the website is clearly a commercial venture, very clever but not funny”. He added:

“There is no doubt that the defendant knew Tolkien’s works and created a website in exchange for her reputation.”

On September 9th, JRR Token announced that it would be releasing a digital PvP card game called Dawn Rising in early 2022, where players can use their JRR tokens. The TRR token project has listed nine indistinguishable tokens (NFTs) for sale on the OpenSea marketplace with a trading volume of 0.18 ETH, or around $ 4,200 at press time.