The bear market is likely to push total market cap below $ 2.380 billion, but …

The entire crypto economy slumped dramatically last week, falling below the $ 3 trillion mark and is currently around $ 2,550 billion in 10,970 cryptocurrencies. Bitcoin‘s dominance is 41.9% while Ethereum holds 18.4%. 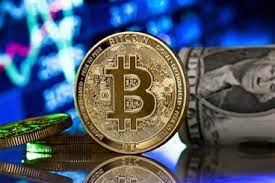 Some factors cause the market to decline

Among the top 10 altcoins by market capitalization, Polkadot (DOT) saw the largest decline at 12.3%, Solana (SOL) the smallest at 6.7%, and Upstream was Avalance (AVAX) with a gain of 41% for the week to the Burglary the top 10.

In a note, Etoro market analyst Simon Peters stated that a number of factors combined caused the market decline.

“Bitcoin and a number of other cryptocurrencies fell sharply last week for a number of reasons. First, the upgrade from Taproot to the Bitcoin blockchain has created uncertainty in the investor community. Perhaps the most significant upgrade to the network in the last four years, Taproot aims to streamline Bitcoin transactions and make them faster and cheaper. Upgrades like this can create short-term uncertainty as investors wait to see what happens to the network. ”

“The US infrastructure law has also had an impact on the recent downturn. The bill, spearheaded by President Joe Biden, could impose stricter rules on companies regarding reporting and handling of crypto assets, adding further uncertainty to investors. Since Bitcoin and other crypto assets have reached all-time highs (ATHs), there is always the possibility of profit-taking by investors, which then translates into a weakness in the cryptocurrency market. Both Bitcoin and Ethereum are getting stronger, and the ups and downs of the markets are part of history. ”

Alex Kuptsikevich, Senior Market Analyst at Fxpro, stated in a market analysis that the Bitcoin market is declining.

“The technical picture for Bitcoin is bearish.”

“After the technical rally on Friday (November 19), Bitcoin encountered resistance over the weekend at the 50-day moving average and 76.4% retracement of the September-November rally. Increased selling pressure from this level suggests a short-term Trend reversal, preparation for a deeper and longer correction. ” Du Jun, co-founder of Huobi Group, stated that Bitcoin has “strong support at $ 57,500” but “its price is highly uncertain”.

“According to data from Huobi, Bitcoin fell briefly to USD 57,500 during the day and then stalled. Looking at the K-line on the 4-hour chart, the three EMAs are falling in different areas and the slope of the EMA5 is the largest, suggesting that the downtrend is emerging. The price changes were lower today and the volume has normalized again. ”

There is still hope

If you look at the data for the last seven days for rising and falling coins, you can show that the crypto market is purely positive. However, actual total market cap fell 6.7% to $ 2.72 billion as Bitcoin (BTC) price fell 8.3% to $ 58,425.

Coins that have gone up and down in the top 80 | Source: Nomics

The only connection between this week’s top coins appears to be the Metaverse and Gaming sectors, which have been in an upward streak since Facebook was renamed Meta on October 28th, signaling a new focus on crypto that they are entered the Metaverse segment. Another positive news that supports the recent surge in Metaverse-related tokens is the Gemini exchange, which raised $ 400 million on Nov. 19 to help build a decentralized Metaverse.

Gala (GALA) rose sharply after being listed on Coinbase and Huobi on November 16.

Crypto.com (CRO) also has positive news backing the rally. On November 18, the marketing department of the Singapore-based exchange decided to spend $ 700 million to buy the naming rights for the Los Angeles Lakers’ stadium, where the NBA plays.

The worst results include two decentralized Exchange (DEX) utility tokens. The only negative news came on November 9, when SEC Commissioner Caroline Crenshaw released a study mentioning the sector’s lack of market protection and raising concerns about anonymity and market manipulation.

Quant (QNT) continues to fall after a 122% rally in 7 days on September 3, powered by a protocol upgrade that enables ERC-20 and ERC-721 tokens to be interoperable.

Vechain Thor (VET) fell back after rising 38% in 7 days on Nov 2nd, ahead of the November 5th release of Proof-of-Authority (PoA) v2.0 Testnet, a safer system to choose from from block producers.

The Premium OKEx Tether (USDT), which measures the difference between peer-to-peer (P2P) transactions in China against the US dollar, has improved slightly.

The current number of 99% is a bit off and signals a weak demand for cash in stablecoins from crypto traders, but is still a significant improvement compared to the 5% discount in mid-October.

Meanwhile, the aggregates of futures open interest (OI) were negatively impacted by the general price decline. That move is expected, however, as total market capitalization declined and around $ 2.7 billion was liquidated over the course of the week. Even so, the index remains at a healthy $ 50.3 billion, 60% higher than two months ago. It should be noted that falling open interests do not necessarily mean falling prices, but maintaining a certain level is interesting as more and more liquidity providers and market makers are entering the market.

The above data may not sound encouraging, but considering that Bitcoin and Ether saw significant price declines this week, the overall market structure is pretty well organized. Those who bet on “old season” may have been disappointed, but at least there were no overall losses of 15% or more.

The total number of Ethereum 2.0 nodes is dropping as the ETH price is likely to reach $ 6,100

Bears will have to push Bitcoin price below $ 62,000 to avoid a loss of $ 830 million as options expire today