From the statement that Bitcoin is still targeting $ 90,000, Coinbase users can now easily share their portfolio information. Here are some highlights from the crypto market. Bitcoin (BTC) continues to move towards the $ 90,000 region in the coming weeks after leveraged traders fell into the trap.

In the version To update The most recent market on November 12th, the Decentrader trading platform, underscored the prevailing opinion on BTC price developments.

Although Bitcoin lost $ 4,000 on Nov. 10 and has been trending sideways since then, Bitcoin has still not entered a downtrend, argue many analysts. With short-term conditions unfavorable for leveraged long traders, but funding ratios still high, owners are likely to see another pullback before the market turns bullish.

Decentrader believes that if this happens, Bitcoin will set up a new ATH, which further predicts that the price will rebound to the $ 85,000 to $ 90,000 range in the coming weeks, representing a 1,618 Fib retracement.

The target and nearby nearest supports are centered around the $ 59,000 area, an area that Decentrader believes could serve as strong support for the bulls.

The trading platform says that unlike the bulls of 2013 or 2017, Bitcoin is still laying the groundwork for a “parabolic bull run”. 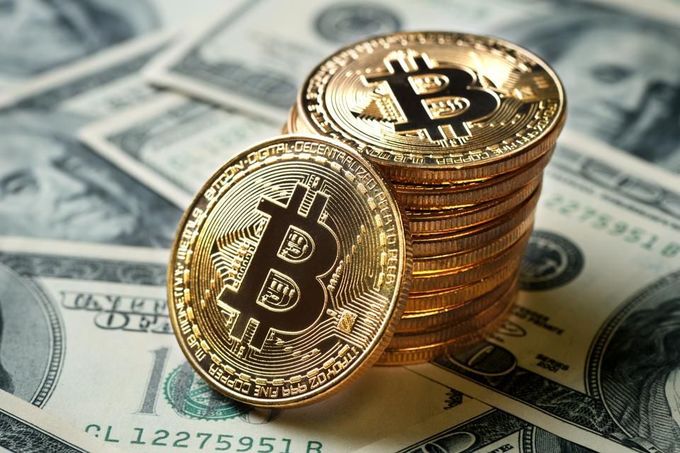 The unique image associated with ETH blocks is generated based on the data of the block. These NFTs are only available to MEW users through the MyEtherWallet website.

According to the company, some blocks have already been claimed. The founders of Ethereum named blocks from 1 to 10. In addition, there are 13 ETH blocks documenting the evolution of Ethereum, such as milestones, forks and blockchain updates that have been announced. The proceeds will go to organizations like The Skid Row Housing Trust, Wikipedia, Girls Who Code, NPR …

He said this is just the first step in getting users to share additional details on transactions made on Coinbase.

With 8.8 million monthly active users in the second quarter of 2021, Coinbase is the largest cryptocurrency exchange in the United States with sales of over $ 1.2 billion in the third quarter. Total profit of the company. The company hit $ 406 million in the same quarter, down 74.7%. from Q2.

follow notification, Blockchain Monster Hunt has received funding from Moonbeam and its game will soon be released on the Moonbeam Network.

With the integration of Moonbeam, Blockchain Monster Hunt will be able to support strong parachains in the Polkadot ecosystem as well as the existing compatibility for Ethereum and offer the community a whole new gaming experience.

The IOTA network has been very active lately as some important updates have been made. In the November Standardization Update, IOTA also announced the program for the upcoming quarterly meeting in December.

During the last Object Group Management (OMG) meeting, the platform found that it had advanced a number of initiatives related to Distributed Ledgers (DLT). On November 10th, the IOTA Foundation published the official IOTA Smart Contract (ISC) white paper as part of the DLT standardization process.

Regarding IOTA 2.0, the blog notes that the decentralized IOTA protocol could soon be ready for the Request for Comment (RFC) process.

Accordingly, SportsIcon will hold its ICONS IDO on November 24th on Moonstarter. The whitelist will open and end on November 23 at 6:59 a.m. (Synthetic Team time).

According to the Memorandum of Understanding signed of the blockchain company and the Central American country, the company led by Bram Cohen will provide engineering services for the country’s national climate measurement system (SINAMMEC).

Chia Network mentioned that the Costa Rican government will use their smart trading platform and blockchain technology to develop open source software to improve their climate inventory management.

It also showed that the software will be freely available for other countries. In addition, Chia will maintain a national registry to monitor “carbon stocks, climate change, and the record of bilateral adjustments that correspond to credit changes transactions”.

90% of Americans don’t know much about cryptocurrencies.

According to a recent poll conducted by the Pew Research Center that polled more than 10,000 U.S. citizens, the vast majority of U.S. adults (86%) have heard of at least digital currency. However, only 16% of the participants admitted to having invested in cryptocurrencies.

Only 13% of American residents have never heard of Bitcoin, Ether or other cryptocurrencies.https://t.co/9BE8APvDv3

According to the results, 24% of participants said they knew a lot about digital assets, while 62% said they only heard about them but didn’t know much. 13% don’t know anything about Bitcoin, Ether or other tokens.

The survey also found that 31% of high-income US citizens have heard of cryptocurrencies, while the percentage of middle-income people is 25%. Only 21% of low-income people know the basics of this market.