Imagine an institutional investor like an insurance company or pension fund decides to test the crypto waters. Or maybe a large company wants to buy Bitcoin (BTC) to diversify its treasury holdings. One thing that is difficult for them is to announce their intentions in advance, which can drive up the price of the digital asset they want to buy.

As a result, there is often a delay between the action of a large institution – for example, buying $ 100 million in Bitcoin – and its public announcement. “Institutional participation is cyclical,” Diogo Monica, co-founder and president of crypto custodian Anchorage Digital, told Cointelegraph. “When you hear about a new company adding crypto, we’ve usually talked to them for months.”

Does something similar happen during the recent bull run – when Bitcoin, Ether (ETH) and other cryptocurrencies hit all-time highs? Did corporations and institutional investors secretly buy cryptocurrencies in the early fall – so as not to increase their prices while they were in an accumulation phase – and the effects of which were only revealed this week?

Why are the biggest investors? 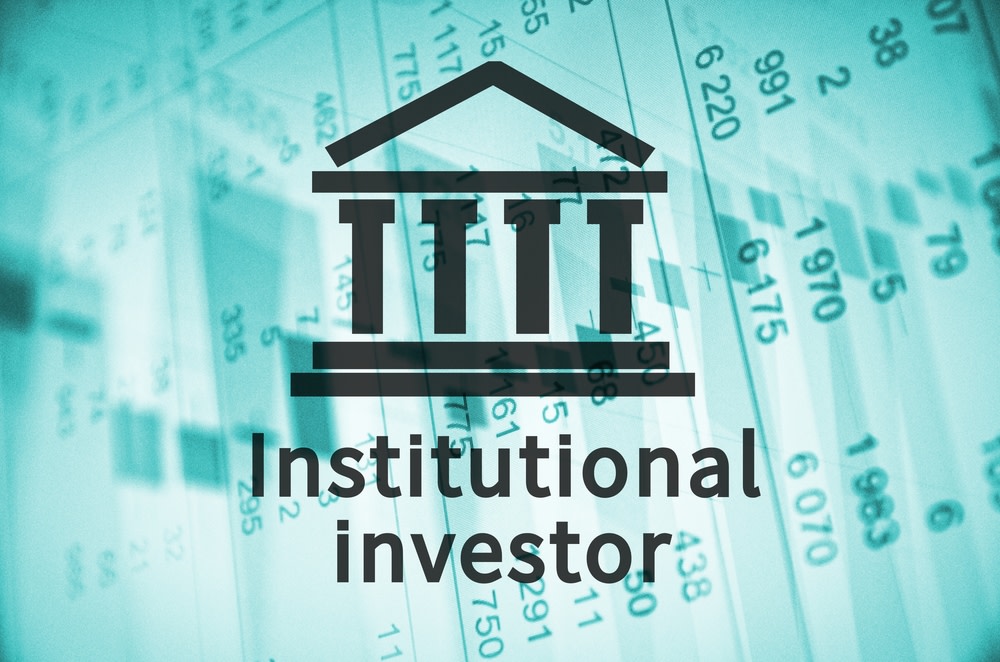 Kapil Rathi, CEO and co-founder of the crypto exchange CrossTower, told Cointelegraph: “Institutions have certainly started or increased bitcoin allocations lately.” Much of it, he admits, could have started as early as October as large investors possibly trying to catch up with ProShares’ ETF launch – and then it becomes a seller after launch – but still “had strong passive support that kept the price stable. This purchase support looks more like institutional accumulation than retail purchases as they were made. “

James Butterfill, investment strategist at the digital asset investment platform CoinShares, warns that his company’s data is anecdotal – “since we can only rely on institutional investors because we know if they bought our ETP” – but “we see an increasing number of mutual funds ”. contact us to discuss the possibility of adding Bitcoin and other crypto assets to the list. “

“Two years ago, similar funds thought Bitcoin was a crazy idea; A year ago they wanted to discuss it further; and today they increasingly fear that they will lose customers if they do not invest. “

The main reason for investing, Butterfill added, “appears to be diversification and monetary policy / inflation hedge”.

According to Lennard Neo, Research Lead at Stack Funds, this commitment does not necessarily have to come from institutional investors – i.e. pension funds or insurance companies – but rather from institutional investors in Stack Funds, “but we are seeing an increase in risk appetite and interest, especially in crypto -Sectors – specifically – NFT, DeFi, etc. – and broader mandates outside of Bitcoin. “He told Cointelegraph that Stack Funds is receiving two to three times more inquiries from investors than it did at the beginning of the third quarter. Why has the apparent institutional interest increased? Neo said there were a variety of reasons, ranging from “speculators to those looking to hedge against global macroeconomic uncertainties.” However, some recently stated that they see “blockchain and cryptocurrency as an integral part of the global digital economy.”

Freddy Zwanzger, co-founder and chief data officer of the blockchain data platform Anyblock Analytics GmbH, saw a certain fear of missing out here, or FOMO, and said to Cointelegraph: “Cryptocurrency investments used to be a risk for regulators – it could be” wrong – now it is becoming more and more of a risk. not Allocate at least part of the portfolio to cryptocurrencies, as the stakeholders will have examples from other institutions that have allocated heavily and benefited from it. ”

The fact that big financial companies like Mastercard and Visa are starting to support cryptocurrencies on their networks and even buying unusable tokens only improves FOMO, Zwanzger suggested.

“The interest of institutional investors and family offices increased steadily over the course of the year,” said Vladimir Vishnevskiy, director and co-founder of St.

Gotthard Fund Management AG, said Cointelegraph. “The approval of the BTC-ETF in October only exacerbated this trend as there is now a much easier way to get this level of exposure.” good coverage for it ”.

What about corporations? Lots of people bought Bitcoin and other cryptocurrencies for their corporate coffers?

Brandon Arvanaghi, CEO of Meow – a company that enables the company’s coffers to participate in the crypto market – told Cointelegraph that he is seeing a new reception for the company’s cryptocurrency CFOs, especially after the global pandemic:

Monica commented, “From our perspective, we are seeing more and more companies buying crypto to diversify their corporate coffers. Additionally, “Banks are turning to us to meet demand for this type of service, which shows a bigger trend beyond companies that only add crypto on their balance sheets.” […] This means that soon more people will have direct access to cryptocurrencies through the financial instruments they already use. ”

Macro trends encourage companies to include crypto on their balance sheets, Marc Fleury, CEO and co-founder of fintech company Two Prime, told Cointelegraph. “Notice the fact that corporate cash for publicly traded US companies has skyrocketed from $ 1 trillion in 2020 to $ 4 trillion in 2021. t subside. ”

Meanwhile, the number of public companies that have announced they hold Bitcoin has increased from 14 last year to 39 today, for a total of $ 13.7 billion, Butterfill said.

Speaking of companies: are there many companies willing to accept cryptocurrencies as a means of payment for their products and services? Recently it was rumored that Tesla will (again) accept BTC as payment for its cars.

Monica told Cointelegraph, “Fintechs are reaching out to us to help them support not just Bitcoin but various digital assets, which suggests that large companies in general are more willing to support crypto payments.”

Fleury, for his part, doubts that cryptocurrencies – with one notable exception, stablecoins – will be widely used as a medium of exchange. “Volatile cryptocurrencies like BTC and ETH are not good for payments. said Fleury. What makes cryptocurrencies great as a reserve currency makes them bad swappers almost on purpose, he said, adding, “Stablecoins are a different story.”

Is the inventory movement model convincing?

“A lot of institutional investors asked us this question,” says Butterfill, “but when they took a closer look at the model, they didn’t find it reliable.” Stock-to-flow models often extrapolate future data points beyond the current data range of the regression set – a statistically questionable practice.

In addition, the method of comparing the existing supply of an asset (“stock”) with the new supply coming onto the market (“flow”) – for example through mining – “certainly does not”. were taken to improve the S2F model, but it discredits customers.

Rathi agrees, “I don’t think institutions pay too much attention to the stock movement pattern, although it is difficult to define as it has so far proven to be quite accurate.” It seems to be more common with retailers than institutions, said he. Vishnevskiy, on the other hand, isn’t entirely ready to dismiss stock analysis as flowing too quickly:

“Our fund looks at this pattern along with more than 40 other indices. It’s a good pattern, but cannot be used alone. You need to use it in conjunction with other patterns and also consider the fundamentals and technical indicators. “

If not institutions, who drove prices up?

Since the institutional involvement in the youngest crypto startup seems to be rather anecdotal at this point, the question should be asked: When companies and …

Institutional interest in cryptocurrencies is only just beginning

ADA price skyrockets 16% to beat strong resistance at $ 1.6, but it seems professional investors are still “silent as water”

German institutional funds can invest 20% of their portfolio in cryptocurrencies

Q4 could be Bitcoin’s best quarter this year

How traders can use Twitter to predict altcoin price movements

How traders can use Twitter to predict altcoin price movements