After eight years of preparation, the tacit approval of a Bitcoin Exchange Traded Fund (BTC) (ETF) by the US Securities and Exchange Commission last week sparked a digital currency heatwave to a new all-time high.

In the run-up to the significant start of BITO on the New York Stock Exchange, it is still unclear how much interest the new services will attract. On the first day of BITO, trading exceeded even the most optimistic expectations as the new ETF traded at record volumes. Meanwhile, the BTF price fell slightly on the first day.

As excited as the crypto crowd is, the question remains: Why is this happening now?

Years of resistance to regulation

The approval of the ETF was a turning point for the industry. In a written statement to Cointelegraph, Bitcoin Foundation President Brock Pierce commented that “this moment has been long awaited as many entrepreneurs and companies have sought approval from the management of regulators since early 2013”.

Major concerns for the regulator include the possibility of bitcoin price manipulation, insufficient liquidity, cybersecurity issues, and the lack of transparency of the transaction data required for asset pricing. 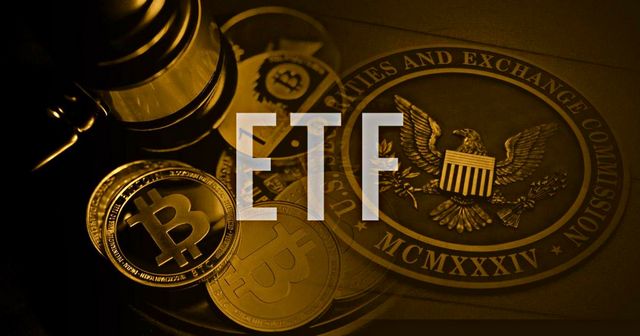 In early April, SEC chairman Gary Gensler first hinted that he might be open to an ETF that tracks the price of regulated Bitcoin futures contracts rather than those tied to the actual asset, in a new round of proposals triggered. In Gensler’s view, exposure to BTC futures, especially those regulated under the Investment Company Act of 1940, offers double investor protection in line with the agency’s standard. This can be considered sufficient.

Speaking at the Asset Management Futures conference in late September, Gensler discussed the feasibility of an exchange-traded Bitcoin futures product, hinting that previous comments that portrayed that as a weighty view rather than a whimsical twist of the phrase.

Congratulations @ValkyrieFunds at the start of the Bitcoin strategy #ETF $ BTF!

Find out more about the US-listed Bitcoin futures ETF and how it invests in a new future: https://t.co/mDrWbHn0xI pic.twitter.com/rE5QibNWiB

In fact, the futures-based model addresses many of the investor protection grudges the SEC has about Bitcoin physical products. Since investors are essentially betting on whether the price of BTC will go up or down, they don’t have to touch the actual cryptocurrency, and there is no obligation for an ETF provider to deposit bitcoin, hence the exclusion is a headache.

In addition, Bitcoin futures, which are regulated by the Commodity Futures Trading Commission (CFTC), have been offered on the Chicago Mercantile Exchange since 2017. It is a tool with a proven track record and is well understood by financial regulators.

Gary Gensler, who was named Top Securities Administrator in April 2021, has won the buzz of most of the crypto community as he quickly proven that he has a more complicated relationship with the digital asset space. In particular, his relentless struggle to classify and regulate most crypto assets as securities has helped many in the industry remove him from the list of crypto allies.

At the same time, as someone who definitely knows a thing or two about cryptocurrencies and their potential, the SEC director is likely not wanting to portray himself as the number one villain of the crypto industry. Having a futures-based Bitcoin ETF finally emerging is arguably the surest and most obvious way to give the sector what looks like a big profit.

Brad Yasar, founder and CEO of the decentralized financial platform EQIFI, sees two key logical points that make October 2021 the time when the SEC’s Bitcoin ETF block is finally overturned. The first is institutional inertia, where it simply takes management a long time to respond to demand for a new category of product, even when it is clear that the time has come. Yasar commented on Cointelegraph:

“The system has gone through its cycles and has finally reached an acceptable state. Also, it doesn’t hurt that many public institutions now hold large amounts of Bitcoin on their books and report these assets quarterly, leaving regulators with more data points to evaluate.

The second component, according to Yasar, is that the SEC is under great institutional pressure to give traditional financial institutions easy access to this alternative investment option.

Some of the more bizarre declarations are floating around in the camp of crypto intellectuals, who tend to see the government and Wall Street as a united front against retail investors. According to this logic, futures-based ETFs mean higher fees and more intermediaries who benefit from investors’ increasing interest in cryptocurrencies.

In a tweet, Ryan Selkis, founder of the crypto investment firm Messari, claimed that the SEC was “simply part of a cartel”.

The SEC is simply part of the cartel at this point. pic.twitter.com/vc0VVKHUyE

Whatever sparked regulatory approval of an ETF, it has the potential to have a positive impact on the adoption and mainstreaming of crypto. The incredible excitement among investors about the new offering in the early days of ProShares trading proves that those who expected it to be in trouble were wrong. For many US investors, the ease of getting involved in Bitcoin from the comfort of their regular brokerage or retirement account seems interesting.

Perhaps the simple idea that the time has come and there is no point fighting the inevitable was the best explanation ever.

Crypto News Oct 25: Bitcoin is well on its way to making its way into the $ 80,000 region later this year with CBDC, BOBA, Shiba Inu, Binance, Solana, and PolkaPets news