Vancouver, Canada, will begin using Bitcoin mining to provide heat to its citizens thanks to the collaboration between MintGreen and LEC to provide heat by releasing energy from BTC mining. We read more about it in our latest Bitcoin News.

North Vancouver is part of the British Columbia District of Canada and is well on its way to becoming the first city to use Bitcoin mining to heat residential and commercial buildings. The annihilation method is expected to be available from 2022 after a new partnership is established between crypto mining company MintGreen and Lonsdale Energy Corporation-LEC. The environmental impact of Bitcoin mining has caused some controversy recently, especially after Elon Musk made some comments on the matter and his Giant Tesla EV stopped accepting payments in BTC. Although the most important cryptocurrency has its value, many see it as an important factor in the future mining of financial networks, it consumes a huge amount of electricity.

Vancouver in Canada therefore intends to use the energy released during the dismantling process to heat the residential buildings.

According to a recently released press release, Lonsdale Energy Group will partner with local crypto mining company MintGreen to kick off the first phases in early 2022. During the engagement, the consortium later claims that their digital boiler will prevent 20,000 tons of greenhouse gases from entering the atmosphere per MW compared to natural gas. Colin Sullivan, CEO of MintGreen, said:

“The complex problem of climate change requires innovative solutions, and the LEC, together with the city of North Vancouver, demonstrates an enormous leadership role in environmental stewardship.”

Karsten Veng, CEO of Lonsdale Energy Group, expressed the hope that the new partnership will be of great benefit to the city’s greener future:

“It is very exciting for LEC to partner with MintGreen on this project as it is an innovative and cost competitive project and it reinforces the path LEC is taking to support this project. The city’s ambitious goals for reduction of greenhouse gases. “

According to Anthony Scaramucci, founder and CEO of SkyBridge, this is a good idea, and he even predicted it could happen in less than ten years:

“We expect bitcoin mining to be fully renewable by the end of this decade. Meanwhile, offsetting carbon is an effective way to make the Bitcoin network greener and to facilitate adoption by investors interested in ESG. “ 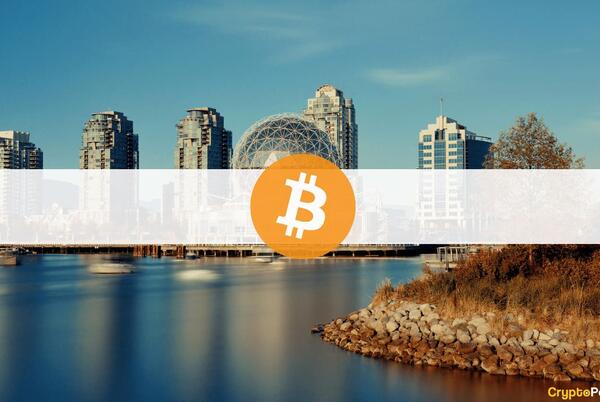 Scaramucci has also partnered with climate technology company MOSS Earth to buy and dispose of tokens for around 40,000 tons of carbon, with the goal of neutralizing the estimated amount of CO2 BTC generates from its multi-strategy funds.