The era of digital transformation has dawned blockchain, with traditional industries adopting new technologies to adapt to a fully digital future. It is therefore no surprise that the trillion dollar oil and gas industry has tacitly begun to leverage blockchain technology for business success.

Douglas Heintzman, head of catalysis at the Blockchain Research Institute, told Cointelegraph that because of the unique position of the supply chain, the oil and gas sector is particularly ripe for blockchain development: “There are many people involved in activities. Downstream and Upstream “. Activities in the oil and gas industry. “He added:

“The industry now needs to look at all of the processes that have been built and developed over the past 80 years and wonder how productivity and radical efficiency can be brought into the system.”

While there are a number of ways blockchain can be applied to an industry like oil and gas, technology in particular provides a single source of truth in a complex, multi-party area. 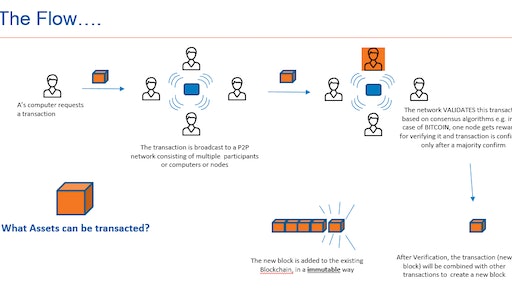 Raj Rapaka, ExxonMobil digital innovation advisor and board member of Blockchain for Energy – – a consortium of energy companies focused on bringing blockchain-based solutions to the sector – told Cointelegraph that the oil and gas industry is blockchain first Line recognizes that it is an important technology used to reduce friction when interacting with external parties: “There are many vendors, suppliers, contractors and other stakeholders involved in the oil and gas sector. Blockchain offers a single source of truth, along with other features that make the technology so attractive. ”

Rapaka says these specific properties are being promoted in the oil and gas industry to ensure recognition that technology will help the industry become more efficient in the future.

To explain this, Rapaka mentioned that Blockchain for Energy recently helped oil and gas giant Equinor use smart contracts to confirm various transactions.

Rebecca Hofmann, President and CEO of Blockchain for Energy, told Cointelegraph that the consortium had initially tested a solution with blockchain company Data Gumbo in 2019 and 2020. The pilot project encompassed the operator industry – together with their customers, providers and suppliers – and integrated real-time sensors to collect data to validate transactions in the blockchain network.

According to Hofmann, the “Cargo Smart Contract” solution was first tested with the manufacturer country to show that the technology has the potential to help with end-to-end automation:

“We call this ‘extreme automation’ because everything is contactless. Connected IoT sensors collect data, which is then written to the blockchain ledger for validation. These invoices are then approved by smart contracts, which generate invoices for automatic payment. “

Andrew Bruce, Founder and CEO of Data Gumbo, told Cointelegraph that after piloting Blockchain for Energy, Equinor was able to expand its blockchain use cases, resulting in savings of millions:

“Equinor and other global oil and gas companies are using field sensors to transmit near real-time and encrypted monitoring data to a private, approved smart contract network. GumboNet creates a verifiable, immutable, and effectively shared source of truth for Equinor and other operators and their suppliers. “

In contrast, Bruce commented that smart contracts create trust to significantly reduce the costs and resources required to automatically execute commercial transactions. “For example, a smart contract on Data Gumbo’s GumboNet could be programmed to trigger payments to contractors when a sensor indicates that a certain milestone has been reached, such as when a drill has reached a certain depth,” he said. In other words, the lengthy billing and payment process is reduced to a few days, which leads to significant savings, financial transparency and improved efficiency.

While Equinor might be an early adopter of smart contracts, Paul Brody, global blockchain lead at EY, added to Cointelegraph that smart contracts seem to work quite well for the oil and gas sector:

“The industry itself is very complex. There are many classes and classes of contractors, subcontractors, and complex assignments of rights, as well as asset and income streams. These are difficult to manage manually, but it turns out they work really well as smart contracts. “

Brody added that the oil and gas industry is a perfect candidate for managing digital tokens because of the high level of standardization in production: “You can easily display these assets and deploy them in more complex DeFi and smart contract ecosystems.”

While tokenization is still a burgeoning concept for the oil and gas industry, Hofmann explained that Blockchain for Energy is currently testing a solution with a blockchain company, BlockApps, to encrypt seismic processes. “The seismic certificate covers large amounts of data that must be retained for more than 60 years,” she said. According to Hofmann, tokenization is necessary to keep track of the rights and obligations of these seismic assets in order to facilitate the purchase, sale and rental of such assets and even monetization of the data.

Blockchain for a greener future

It’s also important to note that the oil and gas industry is using blockchain to ensure a greener future. Although there are a number of ways to apply this, Brody sees a potential growth area in the use of various blockchains to measure output and carbon offsetting: “We envision marketplaces that enable Fortune 1000 companies to become climate neutral Have committed to use smart contracts to track their carbon usage and automatically purchase offsets for them. ”

While this is still a young concept, a number of companies have already started using blockchain to raise awareness about energy consumption. For example, the energy supplier Restart Energy One recently launched a blockchain-based platform that enables companies to receive sustainability certificates in the form of unusable tokens or NFTs. In addition, global investment firm SkyBridge Capital recently teamed up with carbon credits provider Moss to buy digital tokens that represent carbon offsets.

Additionally, Alexis Pappas, chief innovation officer of GuildOne – a Canadian blockchain and digital finance company specializing in data automation and transactions in the energy sector – told Cointelegraph that GuildOne developed the platform to address one of the oil and gas industry’s biggest challenges solve – create a proven value from emissions reductions.

According to Pappas, “ESG1 takes data from IoT sensors to provide proof of origin for sequestered carbon and automatically generates CO2 credits in the form of tokens using Corda and Cardano’s blockchain platforms.” 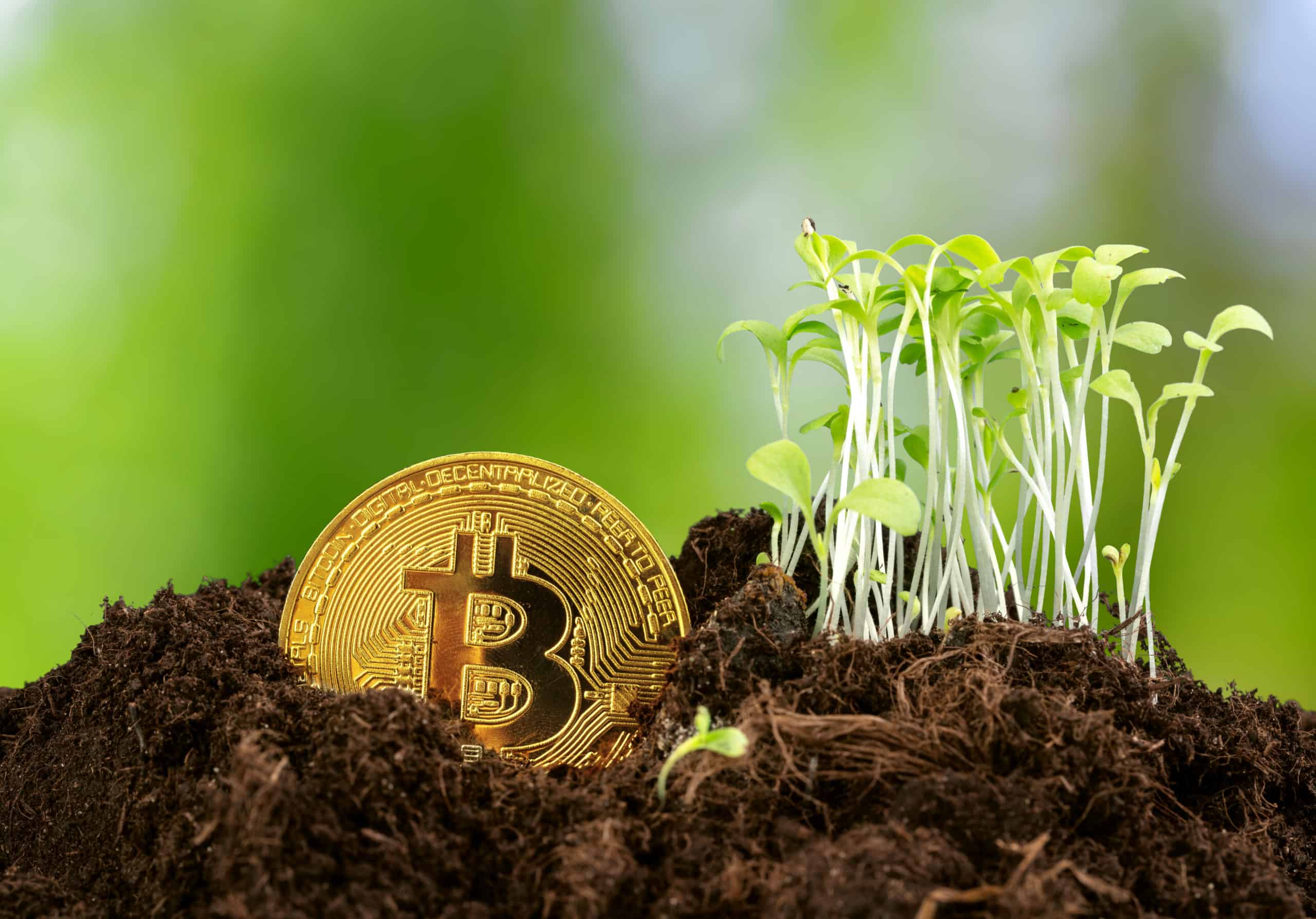 While it is clear that blockchain technology can help the oil and gas industry digitize business processes, legacy technologies and the ideals on which the field is built can present challenges in terms of rapid deployment.

For example, Brody points out that oil and gas is not only an old industry with a lot of legacy technology, it is also very cyclical. “The ups and downs of hunger sometimes make it difficult for companies to sustain long-term investment programs that are not directly related to things like drilling and exploration.”

However, Brody believes the blockchain’s cost savings and operational efficiencies will drive adoption. “It won’t be as fast as it will be for consumers, but as legacy systems get older, it becomes more and more likely that their replacement devices will include blockchain.”

Rapaka added that education is still an issue that needs to be addressed. He also pointed out that this is not just about shedding light on how blockchain works within a technology system, but also showing business leaders how the technology can be applied to make processes more efficient and valuable.

Heintzman also sees a clear lack of understanding on this topic: “Too few people understand this new underlying technology. There is also a cultural problem associated with the introduction of a new technology into an industry that has worked in a certain way for many years. “These challenges are not specific to the field, but they are certainly exaggerated,” he continued.