Visa plans to start an NFT program to help creators and will also work with a popular artist to get this project out. So read on in today’s crypto news.

U.S. financial giant Visa plans to kick off its NFT efforts by sitting down with NFT artist Micah Johnson to set up a program that will allow creators to better understand the NFT industry and various public blockchains for development and to take advantage of the sale of their work. The company announced the news in a press release, saying it will create a strong connection between the creators and the payments network that will also benefit both parties and expand the reach of their audiences and fuel the growth of the company. 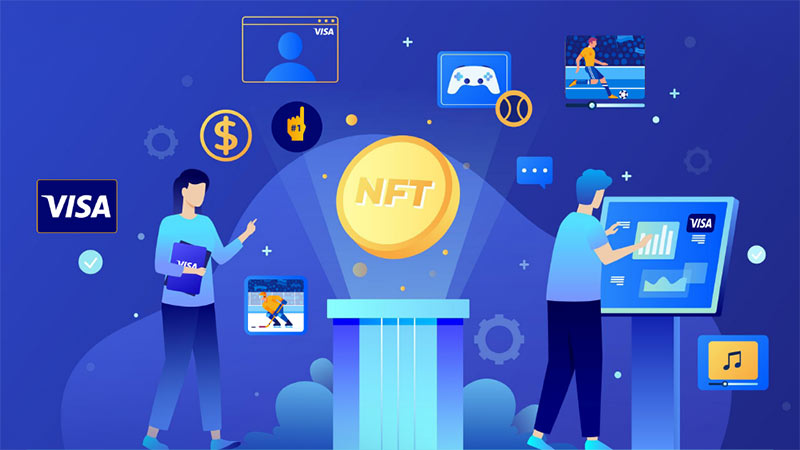 The latest development comes two months after Visa’s first NFT purchase. So the financial services giant paid 49.5 ETH for a CryptoPunk NFT, which was valued at $ 160,000. Meanwhile, the company announced in a new announcement that it will select a group of creators to form the open application process, fund the group, and provide advisory services. Visa partner Micah Johnson is a former Baseball League baseball player who retired in 2018 to become an NFT artist. He created “Aku”, an African American boy with a huge space helmet and dreams of becoming an astronaut.

The NFT character was released in February of this year and sold over $ 2 million worth of tokens within 24 hours. Aku later became the first NFT of choice for film and television. Johnson said of the project:

“I am excited to have the opportunity to work with and learn from a brand as trusted as Visa. By working together, we want to provide creators with the resources they need to stay at the forefront of this revolution. ” Visa is also joining the list of companies starting to capitalize on the burgeoning NFT industry.

Back in September, TikTok announced the launch of an NFT collection of videos from influential creators such as Brittany Broski, Lil Nas X, Rudy Willingham, and others. Coinbase also shows its intention to set up an NFT marketplace with support for ERC-721 and ERC-1155 tokens while FTX also launched an NFT marketplace called Solana NFT marketplace for customers based in the United States.

Bull or bear market, creators are diving headlong into crypto

VISA officially uses USDC as a form of payment

Will Polkadot's Parachain auction become a bombshell for DOT prices like Kusama and KSM?