Well it finally happened. Regulatory crypto apocalypse in China. They started cracking down on miners earlier this summer before finally tightening the screws on the exchanges. This week the final nail in the coffin came with even more regulations from the PBoC, which led to many platforms announcing that they would no longer be able to accept Chinese users.

The new rule The People’s Bank of China has made companies incredibly clear from a legal standpoint. One of the main points is that crypto-related business activities are illegal, a ruling that casts doubt on the long list of projects, exchanges and financial services providers in the country.

Many projects responded immediately by phasing out WeChat communities and even internal messaging groups on domestic networks and prioritizing operations over VPNs and permissions-based chat apps. Leading exchange Huobi, # 3 in the global ranking by volume, announced They will permanently close Chinese user accounts at the end of this year.

If so, it would be a blow to the stock market, which has long served the Chinese community with its high standards of service, including high liquidity, a wide range of assets, and few notable security flaws. Seasoned Chinese investors may still doubt that Huobi will make such a drastic change, as announcements and policies can change very quickly in the repressive world and political situation.

Perhaps the most alarming point in the PBoC’s announcement is that foreign cryptocurrency exchanges providing services to Chinese residents are also considered illegal financial activities. It also states that there are legal risks involved in investment transactions in cryptocurrency. This sparked some fears among crypto company employees who were suddenly concerned that they might be the next target of law enforcement raids.

Binance quickly pointed out that the Binance.com domain in China has been blocked since 2017 and has been excluded from the regulatory discussion. It also announced it would not accept new logins from Chinese users, but said nothing about existing accounts. BitMart, another exchange linked to China, also announced that it will close accounts of users in mainland China on Nov. 30. Biki, an even smaller exchange, has announced that it will end the exchange entirely.

With smaller exchanges, the operational risk is quite high, especially since many have different business models, including investing, mining, or other financial services. The smaller CeFi exchanges in this area could also feel increasingly overcrowded due to the rapid growth of leading CeFi platforms as well as the widespread adoption of decentralized exchanges. Closing exchanges may not mean leaving the industry entirely, but simply giving up a risky and underperforming business. 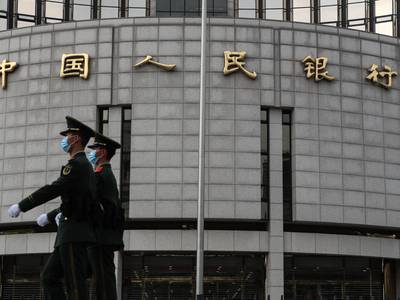 So what is left for China traders?

Individual users are still in the gray area as the message doesn’t directly state that owning cryptocurrencies is illegal. This seems unlikely as the general trend is towards protecting people by targeting businesses, a move we’ve seen this year in a number of different industries, including education, education, and entertainment.

Another area that isn’t that obvious is Chinese users who live overseas. In addition to the large number of Chinese citizens abroad, many can still fake their location using a VPN. Assuming these users can still bypass IP bans, this could provide tech-savvy owners with a viable option to continue trading on the CeFi platform.

Exchanges outside of China might see this as an opportunity as regulators are barely able to resist them. At this stage, it seems likely that China’s regulators could succeed in halting much of the smaller crypto retail activity. However, the big players are already abroad or want to overcome these new hurdles. If you have been in space for a long time, you are no longer familiar with the rules and regulatory processes.

There is no answer to hierarchy

The biggest benefactor in the short term could be DeFi protocols. China’s unique hit and liquidity reward on DYDX root cause an increase in adoption for the StarkWare-based derivatives platform. According to data from Similarweb, China is the leading region in terms of website visits with a market share of more than 10%. Users with VPNs from China can do even more. It is not yet clear whether this is a long-term solution or whether the massive surge in the search for the DYDX token as a reward is more speculative.

Stand on the side street

Alibaba e-commerce platform sees an opportunity to show its best behavior announced the platform can no longer be used to sell cryptocurrency mining machines. This attitude comes as no surprise given the scrutiny of the company by financial regulators. The organization is being restructured after its P2P lending model sparked controversy between founder Jack Ma and financial regulators.

The aftermath of the crypto crackdown and what happens next – Cointelegraph