Is it only a matter of time before the potential of Bitcoin as a store of value is recognized as global inflation continues to rise?

The story of Bitcoin as a hedge against inflation has been going on for years. This is because inflation numbers have spiked across the board, largely due to governments printing money indiscriminately to combat the financial devastation caused by the Covid-19 pandemic.

In a word, since the Covid-19 outbreak last year, President Biden’s stimulus plan has increased the total amount of US bailout debt to $ 5 trillion. Another way to imagine how big these numbers are is to see the Fed’s money creation in 2020, which currently accounts for more than 40% of all debt.

While one might think that printing such a large amount of money cemented Bitcoin as a tangible long-term store of value, a recent report by money analyst Chainalysis seems to suggest that there may not be as many inflation hedges as people are talking about. On this subject, the Head of Research at Chainalysis, Kim Grauer, remarked:

“It is currently not possible to show a meaningful correlation between US inflation and the price of Bitcoin, but we know that many people invest in Bitcoin to hedge against inflation.”

But that’s not the end.

Inflation figures remain a hot topic of discussion, as illustrated by the fact that the PCE index – considered a key indicator of US citizens’ consumer power – shows in June that inflation figures are now at their highest level in more than a decade .

“Bitcoin and cryptocurrencies go beyond the discussion of whether it is just a hedge against inflation,” said Bobby Zagotta, CEO of the Bitstamp exchange.

Matt Luczynski, CEO of the multi-chain NFT marketplace HooDooi.com, claims Bitcoin is a long-term store of value when you consider the underlying economic structure with the traditional banking setup. :

“Bitcoin offers more value, stability and security than any centralized currency / asset supported by the government today. Undoubtedly there are early adopters who can control the market in terms of price movements, but over time this will eventually go away as supply continues to fragment as more and more are added. “

However, Matt Luczynski admits that Bitcoin is gaining traction as a store of value or a hedge against inflation, the crypto market as a whole needs to mature.

“Bitcoin is on the right track. It’s a long game in my opinion. “

Iqbal Gandham, vice president of transactions and payments at Ledger, said that from today’s perspective, Bitcoin is not seen as a main bet against inflation by ordinary investors.

Perhaps this story will change pretty drastically, but it will take a couple of years to review:

“For Bitcoin to be a long-term store of value, it must be linked to inflation and reduce price volatility. This will only happen if acceptance increases and the price finds a new standard. “

1inch CTO Anton Bukov gave a more holistic view of the matter, saying that crypto continues to be a high risk asset class for many professionals and casual investors. The future of the industry as a whole is still uncertain.

However, given the increasing number of daily users and institutional investors seemingly getting into the fray, there is enough reason for Bukov to believe that Bitcoin can certainly serve the role of a warehouse in the eyes of many people in the future:

“After almost 13 years, Bitcoin has become an integral part of the modern world. I believe it will keep the status of “digital gold”. There is currently over $ 56 million with access to 21 million BTC to be mined. It is therefore almost impossible for it to lose its identity as a store of value. “

Everything about stable value

According to Nicholas Merten, CEO of the financial platform Digifox and creator of the YouTube channel DataDash, one of the mistakes most people make when criticizing the Bitcoin store of value history is that they expect immediate results that can be directly attributed to various macro events.

Merten stressed that when you consider Bitcoin’s recent halving event, which occurs every four years, most people would argue that the price impact of these events is usually “considered” prior to the halving.

“But as we know, the market suffers earthquakes from time to time after every halving.”

Merten also believes that inflation hedges should take the time to decide which assets they really want to invest capital in, a decision-making process that can often lead to real estate value shifts and delays:

“A great example of traditional markets is matching the performance of the S&P 500 with M3 (the broadest measure of the money supply in the economy). You will find that it takes 1 year and 5 months for the S&P 500 to review its previous inflation-adjusted valuation. Does this mean that stocks don’t help store value? No, in my opinion – stocks often grow out of holding dollars in the bank. “

Is Bitcoin a future hedge against inflation? 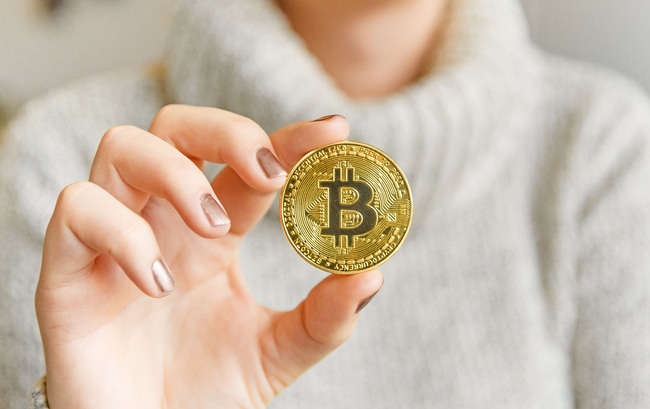 While US inflation numbers look grim right now, it should be noted that there are other countries like Zimbabwe and Venezuela that have devalued dramatically.

In 2019, Venezuela experienced inflation of up to 10,000,000%, which makes the local currency, the bolivar, almost a scrap of paper. As a result, reports at the time suggested that interest in cryptocurrencies was accompanied by a surge in inflation numbers.

“We know that in other countries with higher inflation or currency devaluation, such as Venezuela and Nigeria, cryptocurrencies are used as a store of value,” stressed Grauer.

While the fixed supply narrative continues to suggest that Bitcoin may indeed be viewed as a premier store of value, events like the May market crash seem to make that story questionable. Hence, it will be interesting to see if Bitcoin can go its own way.

According to Chainalysis, the data does not currently show Bitcoin as an inflation hedge

Crypto community split over whether Bitcoin is an inflation hedge

What is Bybit? Instructions for registering and using the Bybit exchange

What is Bybit? Instructions for registering and using the Bybit exchange