Internet Computer is an open source cloud computing platform developed by the DFINITY Foundation to address some of the greatest challenges facing the traditional Internet today, such as poor system security, Internet service monopolies, and data abuse. Internet Computer was founded to enable the existing Internet to host applications of all sizes, from simple smart contracts and DeFi applications to platforms for industry and enterprise systems. Theoretically, the system is able to store “the entire data and software logic of mankind in smart contracts”.

The project was founded in 2015 and announced for the first time. In 2018, the project ran multiple rounds of funding and raised a total of $ 195 million. The DFINITY Foundation is the organization currently overseeing the growth and development of the Internet computer. In addition to its headquarters in Zurich, the DFINITY Foundation also has offices in Palo Alto, San Francisco, Tokyo and remote teams around the world.

In addition, the huge community of developers is now another force driving the platform. They use DFINITY’s developer resources to create and run their own software on the Internet computer.

How does internet computer work?

Internet Computer is based on the new decentralized Internet Computer Protocol (ICP). The direction of the project is to combine the combined computing power of a large number of compute nodes to create a single unified computing platform that can support applications of any size and complexity.

In Internet computers, smart contracts are broken down into several units of secure codes called “canisters” (boxes). Canister is a computing unit that acts as an individual application or function. End users can interact with them through one entry point and the user experience will be like today’s internet.

On the other hand, in contrast to the conventional Internet, Internet computers will store and provide applications and data directly in the chain instead of relying on a centralized infrastructure. At its base layer, a network of data centers can start a node that operates the ICP protocol. These nodes are then mapped to multiple subnets that are used to host software canisters that users can interact with as part of the web experience.

From March 2021, the platform launched a semi-public mainnet and data centers. Developers started working on it too. Just a few days after its introduction, the ICP token was quickly listed on the world’s leading exchanges such as Coinbase, Binance, Huobi, etc. In addition, some ICP futures products (so-called IOUs) are also traded on various platforms, including MXC.

Recently the DFINITY Foundation Disclosure 20-year roadmap of the project.

– Within 5 years: Schools will teach Internet computers and Motoko (the platform’s programming language). Some public Internet services will have considerable success and widespread understanding of ICP.

– Within 10 Years: Internet Computers will surpass the closed proprietary Internet ecosystem of technology giants. Money will continue to be diverted to ICP by many old internet companies, and DeFi will be on par with traditional financial technology.

– Within 20 years: The project will be large compared to today’s closed internet. Most of society’s critical infrastructure is hosted on it, and users around the world benefit from dramatically improved privacy and personal freedom. 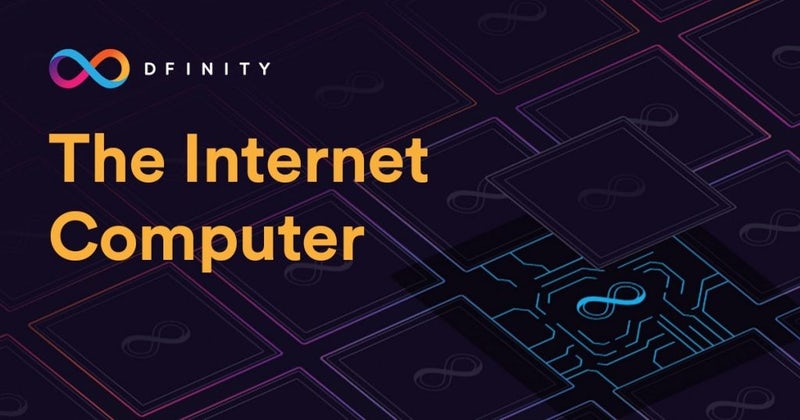 Unlike other competing platforms, end users don’t have to pay for the results of smart contract (or canister) calculations on the internet computer. These canisters are pre-charged in a “cycle” and paid for using the “return gas” model.

This offers a number of advantages. First, users don’t need to own cryptocurrency to interact with the platform – removing a significant barrier to entry. Users don’t even need to know that the service they are interacting with is based on decentralized technology, making the process a seamless experience that they are used to today.

Instead, data centers receive compensation for their services in the form of ICP tokens. Some of these tokens are used to pay for the canister on a cycle-by-cycle basis. Like the computing resources of the Internet computer, with the process of using each canister, the cycles gradually exhaust themselves and need to be replenished regularly.

The cost of each cycle is determined by the network’s governance system and must be aimed at a stable value over time.

This governance system is called the Network Nervous System (NNS), which was first launched by the DFINITY Foundation in September 2020. The NNS is responsible for the “control, configuration and administration” of the network. To participate in network governance, users must block ICP tokens for a period of time. This process creates “neurons” that enable them to vote on governance proposals to help shape the network and earn governance rewards.

Internet Computer works with a PoS-based 4-layer consensus mechanism, including the identity layer, the random signaling layer, the blockchain layer and the authentication layer. Together, these layers provide demonstrable security against known attack vectors (such as Sybil impersonation and 51 percent attacks) while maintaining decentralization and securing the network.

The Internet Computer Project has one of the most specialized teams in the crypto sector. As DFINITY once praised, the project is being built up by the “best team of distributed computer engineers, cryptographers and operational experts in the industry”.

DFINITY founder Dominic Williams led the development of the Internet computer. He is a seasoned scientist and entrepreneur who pioneered DFINITY’s threshold-forward consensus model and PSC chain technology.

In contrast to Ethereum, which provides a technological foundation for decentralized applications (DApps) that mainly deal with the movement and use of digital assets (such as ETH and ERC-20 tokens), the Internet computer is responsible for replacing the service the traditional Internet by assigning a special identity to the data center and transferring ICP administration rights to the end user.

Ethereum uses smart contracts to automatically enforce agreements and actions. In the meantime, Internet Computer is using a canister similar to a smart contract, but designed for extreme scalability.

In addition, the two platforms differ significantly in terms of speed and efficiency. While Ethereum currently suffers from relatively high transaction fees and slow transaction confirmation times (mainly due to congestion), the massive data traffic of the internet computer ensures that transactions can be fully processed in 5 hours – 10 seconds, with practically unlimited scalability thanks to transition threshold innovation.

With such performance advantages, it is clear that Internet computers are superior to the current state of Ethereum. However, when Ethereum 2.0 completes its rollout, these differences can change dramatically over time.

Internet Computers (ICP) down 95% in less than two months after launch, why?