Steve Harvey became the face of Solana NFT when cryptocurrency hit ATH after the comedian changed his Twitter profile picture. Is that a coincidence? We find out today in our altcoin news.

Comedian Steve Harvey has changed his profile picture to Solana Monkey Business NFT, and his scene has improved significantly in the context of the added value of the SOL cryptocurrency. Solana was one of the hottest cryptocurrencies at the end of the year, and its value has soared from around $ 37 a month ago to an ATH of $ 197, according to coinGecko. The change was attributed to increased network activity, and now Harvey is heavily promoted on Solana NFT.

NFT acts as the title deed for almost every type of digital asset, and profile photo collections like the Bored Ape Yacht Club and CryptoPunk are in high demand as the year ends. Both CryptoPunks and Bored Apes are based on Ethereum, considered the most active platform for NFT collections. On the flip side, OpenSea has registered over $ 3.4 billion in NFT trading volume on Ethereum, and most major NFT transactional projects live on the blockchain network. 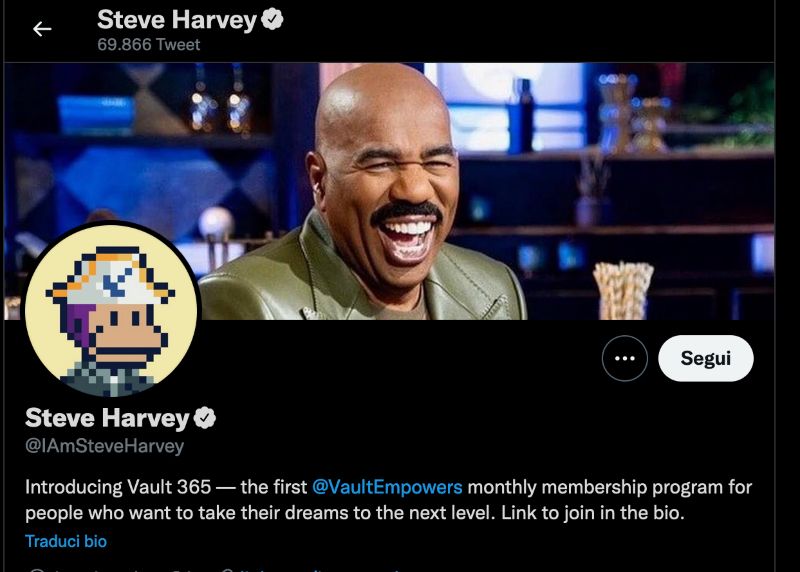 However, Solana began to fight. “The Killer of Ethereum” is an energy-efficient blockchain network, at least more so than Ethereum, and it can process larger transaction volumes with fewer fees. A few weeks ago, NFT wasn’t part of the conversation among collectors on Solana, but they are looking for new buyers and driving demand on the platform. Solana Monkey Business is one of NFT’s latest collections to find an audience on Solana after incidents like Aurora and Degenerate Ape Academy. Both collections are credited with driving activity on the platform. Their respective declines coincide with the tens of millions of dollars in the price of Solana’s SOL tokens over the past few weeks.

According to data from Solanalysis, NFT collections on Solana generated around $ 94 million in trading volume over the past week. Solana Monkey Business has weekly sales of $ 6.2 million, placing it third on the list after the above projects.

YouTube personality KSI also changed her Twitter profile picture to the Solana Monkey Business NFT avatar today. Harvey hasn’t tweeted about his decision to change his profile picture, but it’s not his first time in the NFT and crypto world. Harvey has partnered with the NFT marketplace Rarible to sell his NFT for charity. He said he once owned Bitcoin and Ethereum.
DC Forecasts is a leader in many crypto news categories, always striving for the highest journalistic standards and adhering to strict editorial guidelines. If you would like to share your expertise or contribute to our news page, please get in touch with us at [email protected]

Over $ 2.5 billion USDC currently floating around on Solana: Report